Week 32 Reviews:
Hunter
Elite
Apex
The Anatomist's Wife
House of Salt and Sorrows
Grim Lovelies
Save the Date
#murdertrending
The Long Paw of the Law
Let's Call it a Doomsday

OK, so I got 21 posts in 7 days, I read a decent amount of books, and yeah, I'm really happy with this week! Can't wait for next week!What about you guys? Happy reading!

So this week I want to read The Beckoning Shadow, Burn Out, Strange Skies, Crown of Coral and Pearl, Crown of Oblivion, The Duke's Stolen Bride, Fan the Fame, The How & the Why, The Last Voyage of Poe Blythe, Midnight Beauties, and Sisters of Shadow and Light. 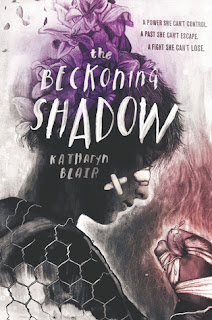 The Magicians meets Fight Club in this heart-stopping contemporary fantasy stand-alone about a teen girl with special powers who seeks redemption through a dangerous tournament that guarantees the winner a chance to undo the past. Perfect for fans of Cassandra Clare and The Young Elites, and written by debut author Katharyn Blair.

Vesper Montgomery can summon your worst fear and turn it into a reality-but she's learned the hard way that it's an addictive and dangerous power. One wrong move and you could hurt someone you love.

But when she earns a spot in the Tournament of the Unraveling, where competitors battle it out for a chance to rewrite the past, Vesper finally has a shot to reverse the mistakes that have changed her forever. She turns to Sam Hardy, a former MMA fighter who's also carrying a tragedy he desperately wants to undo. However, helping heal Sam's heart will mean breaking her own, and the competition forces her to master her powers-powers she has been terrified of since they destroyed her life. 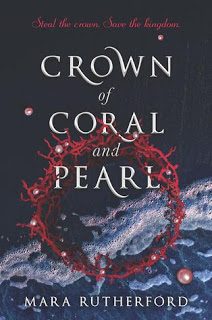 For generations, the princes of Ilara have married the most beautiful maidens from the ocean village of Varenia. But though every girl longs to be chosen as the next princess, the cost of becoming royalty is higher than any of them could ever imagine…

Nor once dreamed of seeing the wondrous wealth and beauty of Ilara, the kingdom that’s ruled her village for as long as anyone can remember. But when a childhood accident left her with a permanent scar, it became clear that her identical twin sister, Zadie, would likely be chosen to marry the Crown Prince—while Nor remained behind, unable to ever set foot on land.

Then Zadie is gravely injured, and Nor is sent to Ilara in her place. To Nor’s dismay, her future husband, Prince Ceren, is as forbidding and cold as his home—a castle carved into a mountain and devoid of sunlight. And as she grows closer to Ceren's brother, the charming Prince Talin, Nor uncovers startling truths about a failing royal bloodline, a murdered queen… and a plot to destroy the home she was once so eager to leave.

In order to save her people, Nor must learn to negotiate the treacherous protocols of a court where lies reign and obsession rules. But discovering her own formidable strength may be the one move that costs her everything: the crown, Varenia and Zadie. 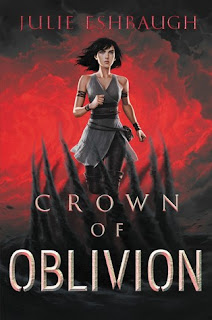 Astrid is the surrogate for Princess Renya, which means she bears the physical punishment if Renya steps out of line. Astrid has no choice—she and her family are Outsiders, the lower class of people without magic and without citizenship.

But there is a way out of this life—competing in the deadly Race of Oblivion. To enter the race, an Outsider is administered the drug Oblivion, which wipes their memory clear of their past as they enter a new world with nothing to help them but a slip of paper bearing their name and the first clue. It's not as simple as solving a puzzle, however—for a majority of the contestants, the race ends in death. But winning would mean not only freedom for Astrid, but citizenship and health care for her entire family. With a dying father to think of, Astrid is desperate to prevail.

From the beginning, the race is filled with twists and turns. One of them is Darius, a fellow racer Astrid meets but isn't sure she can trust. Though they team up in the race, as Astrid's memories begin to resurface, she remembers just who he was to her—a scorned foe who may want revenge. Astrid also starts to notice she has powers no Outsider should—which could help her win the race, but also make her a target if anyone finds out. With stakes that couldn’t be higher, Astrid must decide what is more important: risking her life to remember the mysteries of the past, or playing a cutthroat game in order to win her—and her family's—freedom. 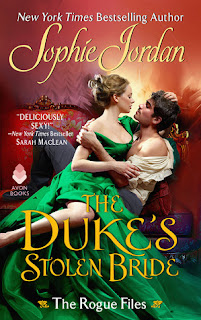 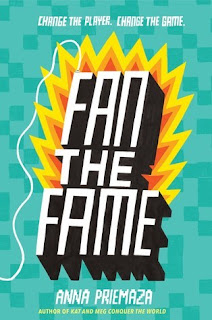 Equal parts Rainbow Rowell's Fangirl and Jennifer Mathieu's Moxie, this fiercely crafted, feminist YA novel takes on fandom, accountability, and doing the right thing. Even when it hurts.

Lainey wouldn't mind lugging a camera around a video game convention for her brother, aka YouTube superstar Codemeister, except for one big problem. He's funny and charming online, but behind closed doors, Cody is a sexist jerk.

SamTheBrave came to this year's con with one mission: meeting Codemeister—because getting his idol’s attention could be the big break Sam needs.

ShadowWillow is already a successful streamer. But when her fans start shipping her with Code, Shadow concocts a plan to turn the rumors to her advantage.

The three teens' paths collide when Lainey records one of Cody's hateful rants on video. Because she's determined to spill the truth to her brother’s fans—even if that means putting Sam and Shadow in the crosshairs.

Told through three relatable voices and arriving on the heels of the author's widely praised debut novel, Kat and Meg Conquer the World, this sophomore novel is a nuanced and timely story about followers, fame, and fighting for what's right. 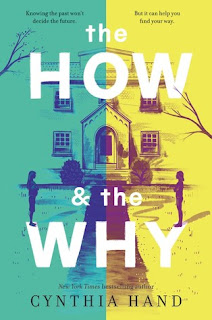 A poignant exploration of family and the ties that bind, perfect for fans of Far From the Tree, from New York Times bestselling author Cynthia Hand.

Today Melly had us writing letters to our babies…

Cassandra McMurtrey has the best parents a girl could ask for. They've given Cass a life she wouldn’t trade for the world. She has everything she needs—except maybe the one thing she wants. Like, to know who she is. Where she came from. Questions her adoptive parents can't answer, no matter how much they love her.

But eighteen years ago, someone wrote Cass a series of letters. And they may just hold the answers Cass has been searching for.

Alternating between Cass's search for answers and letters from the pregnant teen who gave her up for adoption, this voice-driven narrative is the perfect read for fans of Nina LaCour and Jandy Nelson. 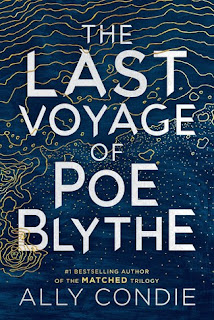 Poe Blythe is the young captain of her failing city's last mining ship, travelling the Serpentine River and dredging up gold.

But it isn't gold on her mind. Two years ago, river raiders robbed Poe of everything. And she wants revenge.

As she navigates the treacherous waters and realises there's a traitor among her crew, Poe is forced to confront the dangerous truth about why she has been sent on this journey - and reckon with who she has become. 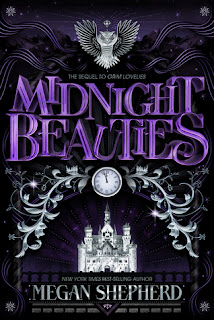 Ever since she discovered her affinity for magic, seventeen-year-old Anouk has been desperate to become a witch. It's the only way to save her friends who, like Anouk, are beasties: animals enchanted into humans. But unlike Anouk, the other beasties didn't make it out of the battle at Montélimar in one piece.

With her friends now trapped in their animal forms, Anouk is forced into a sinister deal involving a political marriage with her sworn enemy, a wicked plot to overthrow London's fiercest coven of witches, and a deadly trial of fire to become a witch. The price for power has always been steep in the world of the Haute. Now, it will cost Anouk everything.

Wicked and delightful, this spellbinding sequel and conclusion to Grim Lovelies is perfect for fans of The Cruel Prince and The Hazel Wood. 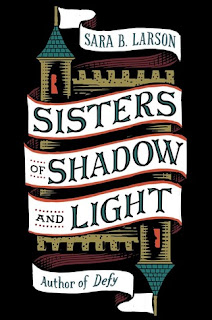 From the acclaimed author of Defy, Sara B. Larson, Sisters of Shadow and Lights is a timeless and fantastical tale of sisterly love and powerful magic

The night my sister was born, the stars died and were reborn in her eyes….

Zuhra and Inara have grown up in the Citadel of the Paladins, an abandoned fortress where legendary, magical warriors once lived before disappearing from the world—including their Paladin father the night Inara was born.

On that same night, a massive, magical hedge grew and imprisoned them within the citadel. Inara inherited their father's Paladin power; her eyes glow blue and she is able to make plants grow at unbelievable rates, but she has been trapped in her own mind because of a "roar" that drowns everything else out—leaving Zuhra virtually alone with their emotionally broken human mother.

For fifteen years they have lived, trapped in the citadel, with little contact from the outside world…until the day a stranger passes through the hedge, and everything changes.
Posted by Louisa @ Words I Write Crazy at 6:00 AM