Tours:
Buried in My Past: Review

OK, so I got 32 posts in 7 days, lots of great books, and we got a lot of great covers that were released that I can't wait to read! What about you guys? Happy reading!

So this week I want to read Alien Secrets, Badger to the Bone, Bone Crier's Moon, A Forgotten Murder, The Life Below, and Prince of Stone. 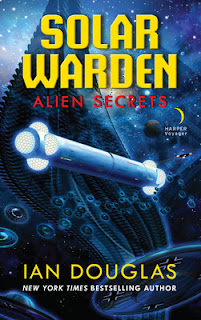 THE TRUTH HAS ALWAYS BEEN HERE

In the final days of World War II, the Allies ransacked Berlin. Third Reich scientists were highly sought- out prizes for Americans and Russians desperate to possess the Nazi knowledge of nuclear firepower. But they failed to capture one of the most vital members of Adolf Hitler's inner circle: SS Obergruppenfuhrer Hans Kammler. One of the engineers of Auschwitz, Kammler was also a liaison with the Nazis' silent partners whose technological wonders nearly helped the Axis win the war—the alien species the Germans called the Eidechse.

More than seven decades later, U. S. Navy SEAL Lieutenant Commander Mark Hunter has witnessed the impossible. On a mission in North Korea, an unidentified flying object destroyed a compound developing weapons of mass destruction. Now, he has been recruited to join a government agency that has been harboring a secret alliance with extraterrestrials since 1947. Selected to lead an elite force of soldiers, Hunter will travel across the stars to help humanity stake its claim among greater intelligent life in the universe. 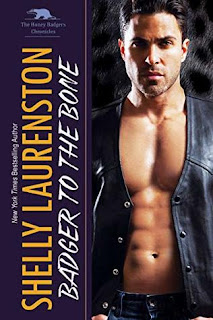 She's the woman he's been hired to kidnap. But ZeZé Vargas has other ideas . . . like getting them both out of this nightmare alive. Just one problem. She's crazy. Certifiably. Because while he's plotting their escape, the petite Asian beauty is plotting something much more deadly . . .

Max "Kill It Again" MacKilligan has no idea what one of her own is doing with all these criminal humans until she realizes that Zé has no idea who or what he is. Or exactly how much power he truly has.

But Max is more than happy to bring this handsome jaguar shifter into her world and show him everything he's been missing out on. A move that might be the dumbest thing she's ever done once she realizes how far her enemies will go to wipe her out. Too bad for them Zé is willing to do whatever it takes to keep her alive . . . and honey badgers are just so damn hard to kill! 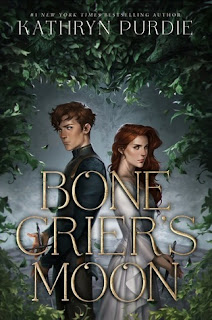 Bone Criers have a sacred duty. They alone can keep the dead from preying on the living. But their power to ferry the spirits of the dead into goddess Elara's Night Heavens or Tyrus's Underworld comes from sacrifice. The gods demand a promise of dedication. And that promise comes at the cost of the Bone Criers' one true love.

Ailesse has been prepared since birth to become the matriarch of the Bone Criers, a mysterious famille of women who use strengths drawn from animal bones to ferry dead souls. But first she must complete her rite of passage and kill the boy she's also destined to love.

Bastien's father was slain by a Bone Crier and he’s been seeking revenge ever since. Yet when he finally captures one, his vengeance will have to wait. Ailesse's ritual has begun and now their fates are entwined—in life and in death.

Sabine has never had the stomach for the Bone Criers' work. But when her best friend Ailesse is taken captive, Sabine will do whatever it takes to save her, even if it means defying their traditions—and their matriarch—to break the bond between Ailesse and Bastien. Before they all die. 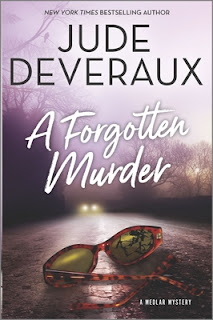 An English manor home, an unsolved mystery, too many suspects to count… It's the perfect holiday for romance novelist Sara Medlar.

After solving two murder cases in their hometown of Lachlan, Florida, Sara Medlar, her niece Kate and their friend Jack need a change of scenery. Sara arranges for them to visit an old friend of hers in England. Upon arrival at Oxley Manor, a centuries-old estate that has been converted to a luxury hotel, Kate and Jack quickly realize that Sara is up to something. They learn that Sara has also invited a number of others to join them at Oxley.

When everyone assembles, Sara lets them know why they are there. Decades earlier, two people ran off together from Oxley and haven't been heard from since—and Sara wants to solve the case. As the people who were there the night the two went missing, the guests find themselves cast in a live mystery-theater event.

In reenacting the events of that night, it becomes clear that everyone has something to hide and no one is safe, especially when the discovery of a body makes it clear that at least one of the people who disappeared was murdered.

Sara, Jack and Kate are once again at the heart of a mysterious case that only they are able to solve. But someone is willing to continue to kill to keep the truth about Oxley Manor buried, and none of the guests are safe. 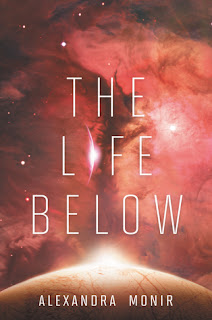 As Naomi lifts off into space and away from a rapidly deteriorating Earth, she watches the world fade away, and along with it Leo, a Final Six contestant she grew close to during training. Leaving Earth behind is hard, but what's ahead, on Europa, could be worse. The International Space Training Camp continues to hide the truth about what happened to the last group of astronauts who attempted a similar colonization but failed mysteriously. With one shot—at this mission and to Europa—Naomi is determined to find out if there is alien life on Europa before she and her crew get there.

Leo, back on Earth, has been working with renegade scientist Dr. Greta Wagner, who promises to fly him to space where he can essentially latch on to Naomi's ship. And if Wagner's hypothesis is right, it isn't a possibility of coming in contact with extraterrestrial life on Europa—it's a definite. With Naomi unaware of what awaits, it’s up to Leo to find and warn her and the others.

With all the pieces of their journey finally clicking into place, everything else starts to fall apart. A storm threatens to interfere with Leo's takeoff, a deadly entity makes itself known to the Final Six, and the questions the ISTC has been avoiding about the previous failed mission get answered in the worst way possible. If the dream was to establish a habitable domain on Europa… the Final Six are about to enter a nightmare. 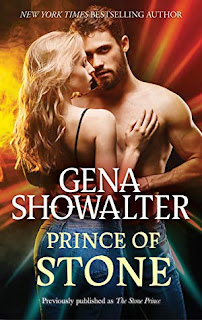 A cursed warrior crosses paths with a woman unlucky in love in this sizzling, significantly updated classic from New York Times bestselling author Gena Showalter, originally published as The Stone Prince in 2004.

A statuesque beauty unlucky in love…

With five older brothers, Katie James grew up a tomboy. Now, the six-foot-tall home renovator has never made it past a first date. When she begins restoration on an old Victorian, she never dreamed the gorgeous marble statue in the garden would come to life with a kiss. But, suddenly, a very real, very naked warrior is standing before her, demanding she surrender her heart.

A cursed alien prince with everything to lose…

Jorlan en Sarr hails from the distant planet Imperia. Thanks to his brother's curse, he's been entombed in stone for centuries, awaiting a fair maiden to set him free. Yet the goddess-like female with a will of iron and kisses like flame is nothing like the subservient damsels of his homeland. And though Katie affects him as no other, Jorlan must guard his heart while winning hers — all in two weeks! If he fails, he'll be turned back to stone… forever.
Posted by Louisa @ Words I Write Crazy at 6:00 AM