Week 13 Reviews:
Wolf's Curse
The June Boys
How to Love Your Elf
The Earl Not Taken
Thorn
The Bone Knife
Rage and Ruin

OK, so I got 18 posts in 7 days, it was a pretty good week, I just slept a lot, so I didn't read quite as much during the week, but it's made up for with all the books I read during the weekend. Can't wait for next week! What about you guys? Happy reading!

So this week I want to read Imagine Me, Ruthless Gods, The Silvered Serpents, and Spells for the Dead. 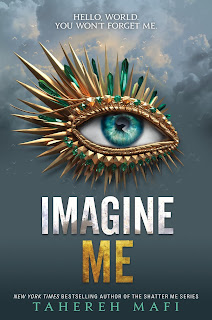 The explosive finale to the New York Times and USA Today bestselling Shatter Me series.

Now that Ella knows who Juliette is and what she was created for, things have only become more complicated. As she struggles to understand the past that haunts her and looks to a future more uncertain than ever, the lines between right and wrong—between Ella and Juliette—blur. And with old enemies looming, her destiny may not be her own to control.

The day of reckoning for the Reestablishment is coming. But she may not get to choose what side she fights on. 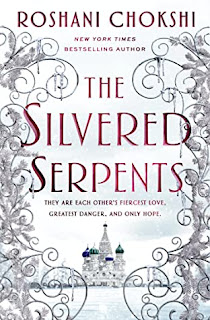 They are each other's fiercest love, greatest danger, and only hope.

Séverin and his team members might have successfully thwarted the Fallen House, but victory came at a terrible cost ― one that still haunts all of them. Desperate to make amends, Séverin pursues a dangerous lead to find a long lost artifact rumoured to grant its possessor the power of God.

Their hunt lures them far from Paris, and into icy heart of Russia where crystalline ice animals stalk forgotten mansions, broken goddesses carry deadly secrets, and a string of unsolved murders makes the crew question whether an ancient myth is a myth after all.

As hidden secrets come to the light and the ghosts of the past catch up to them, the crew will discover new dimensions of themselves. But what they find out may lead them down paths they never imagined.

A tale of love and betrayal as the crew risks their lives for one last job. 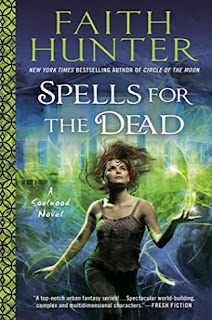 Nell Ingram is a rookie PsyLed agent, using the powers she can channel from deep within the earth to solve paranormal crimes. Together with her team, she's taken on the darkest magic and the direst foes. But she'll need to tap into every ounce of power she has for her newest case.

Nell is called to the Tennessee mansion of a country music star and finds a disturbing scene--dead bodies rapidly decaying before everyone's eyes. The witch on her team, T. Laine, knows this can only be one thing: death magic, a rare type of craft used to steal life forces. PsyLed needs to find this lethal killer fast. But when a paranormal-hating FBI agent tries to derail the investigation, they find themselves under attack from all sides.