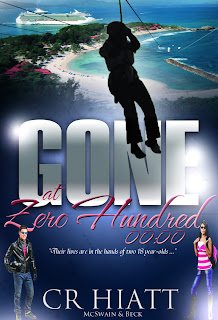 From Goodreads:
Sydney Marie McSwain - a tomboy who yearned for a father.

Jaden White - the star who led the high school hockey team to two championships, and was now on the A-list for NHL scouts.

Sydney Marie McSwain loves her mom, Anna - a private investigator in the coastal city where they live - but they had a major issue between them. Anna refused to give Sydney the identity of her father. On the day of her high school graduation, they were battling it out, once again. An hour later, Sydney, Cody and Jaden were at the local café, and watched as Anna was gunned down.

Faced with immediate responsibility, Sydney and Cody agreed to take over the agency, only they changed the name to McSwain & Beck. At the same time, Sydney convinced Sutter Beach Detective, Ace Carter, to help her track down her father.

Then out of the blue, a model walked in and hired them to follow her step-brother. While Cody was busy editing a trailer to solicit new clients, Sydney settled into her lemon-yellow pickup to do surveillance, and wound up staking out a secret club called The Devil’s Door whose suspicious members wore the tattoo of a devil.

That same night, Sydney received a call from one of her mom’s former clients, but the client was gunned down at the location where they agreed to meet. The mysterious discovery of a DVD revealed the possibility that teenagers were being abducted, only nobody reported them missing.

On the hunt for the victims, McSwain & Beck were chased by men in ski masks, nearly gunned down by a members of a drug cartel called the outlaws, Sydney’s precious pickup was broken into; then the step-brother they were hired to follow, was found dead and Sydney was the number one suspect.

If things weren’t bad enough already, they had to figure out how to crash a red-carpet Mardi Gras bash being held on a private cruise ship, before it sailed off into the sunset, where they just might meet the devil, himself.

Now, the clock was ticking…

And time was running out…

How was she ever going to find her father, now?

My Review:
Highly enjoyable, fast-paced action thriller mystery, with teen detectives? Sounds interesting! And it totally was! Addicting, real, fresh characters, with problems, and tension, and pain, and mystery, plus, it's the first book, there's going to at least be 1 more, Fireworks on the 4th, that sounds just as good!

Sydney loses her mom-and she has the unfortunate luck to watch it on TV-and then it's go-go-go mystery, finding out who her dad is, what's up with the missing teenagers that nobody seems to be missing at all, and with the fresh lost of her mom, well, things move very quickly, or sometimes too slowly, so you can really feel for Sydney for having to deal with that, I mean, she just turned 18, but that's a lot to deal with at any age. Anyways.

The mystery was full of twists and turns and  it keeps you guessing as to who the bad guy is, though from the very beginning, we saw a glimpse of how they operate, and it's scary to think that it could actually happen, that it does probably happen, because there are so many people who go to Los Angeles to become celebrities and to make a big name for themselves, and a lot of them don't make it.

All in all, this was a really great book, really enjoyed it, hope to read more! Hope you guys check it out! 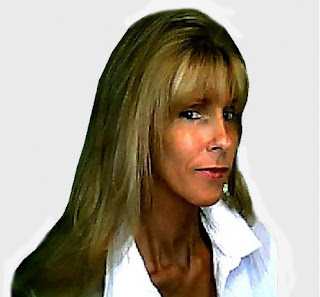 Bio:
CR HIATT is a writer of screenplays and an author of YA action-mystery novels. The daughter of a military veteran, CR grew up in a small town where she became an All-American athlete. CR knew early on that she wasn't cut out for the nine to five type of job - her tendency to day dream about adventures often got in the way. But, being the daughter of a Navy Veteran she also knew one had to do what was necessary to be secure, so she disciplined herself to push those dreams aside and settled on working in the entertainment legal field. When those dreams invaded her world once again, CR finally gave in and set out to write her own adventures. What the heck, right. If you can't live 'em, you might as well write about them. The McSwain & Beck series are works of fiction, only based on real life events. Gone at Zero Hundred 00:00 is the first in the series, and available now. Fireworks on the 4th will be released in late June, just before the 4th of July holiday season. 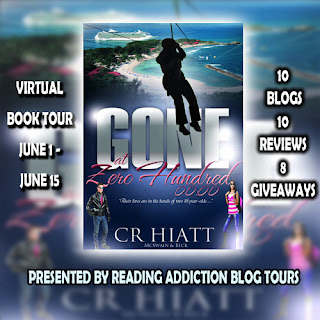