Week 23 Review: The Book of Blood and Shadow 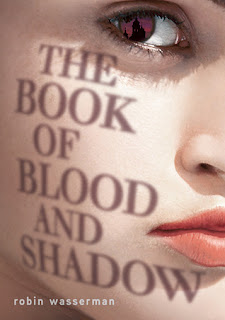 From Goodreads:
It was like a nightmare, but there was no waking up. When the night began, Nora had two best friends and an embarrassingly storybook one true love. When it ended, she had nothing but blood on her hands and an echoing scream that stopped only when the tranquilizers pierced her veins and left her in the merciful dark.

But the next morning, it was all still true: Chris was dead. His girlfriend Adriane, Nora's best friend, was catatonic. And Max, Nora's sweet, smart, soft-spoken Prince Charming, was gone. He was also—according to the police, according to her parents, according to everyone—a murderer.

Desperate to prove his innocence, Nora follows the trail of blood, no matter where it leads. It ultimately brings her to the ancient streets of Prague, where she is drawn into a dark web of secret societies and shadowy conspirators, all driven by a mad desire to possess something that might not even exist. For buried in a centuries-old manuscript is the secret to ultimate knowledge and communion with the divine; it is said that he who controls the Lumen Dei controls the world. Unbeknownst to her, Nora now holds the crucial key to unlocking its secrets. Her night of blood is just one piece in a puzzle that spans continents and centuries. Solving it may be the only way she can save her own life.

My Review:
I enjoyed this book a ton! The beginning was a bit hard to get into, but I got through it, and yeah, it was really just fantastic! I enjoyed the Lumen Dei, and the groups that want to control it, the idea of it, almost sounded like what I remember of the Lara Croft? movies.

So, to have your friends killed, and your boyfriend being the one that is thought to have killed them, is not an easy thing to go through. Though any who've been through a similar thing, I don't think that if they followed the same path, that they'd go on the one that Nora went on!

I kinda guessed that the two of them were a part of the group. What with the speed that I was reading at, I had some brain power to actually think about this book, and with their backgrounds, well, it just made sense!

If there's a sequel, I'd really like that, because this book didn't close all the doors that it opened, so yeah, I'd love to spend more time in this world! It was pretty interesting, and there are probaly more secrets to discover!

This was a pretty great book, and I enjoyed it a lot!