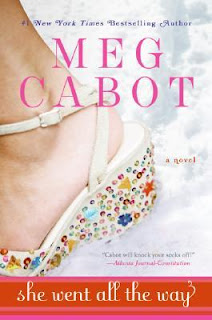 From Goodreads:
There are a few places screenwriter Lou Calabrese would rather be than crammed into a helicopter with Jack Townsend, star of her claim to fame, "Copkiller," and whose ex just ran off with Lou's ex. Talk about uncomfortable. But when, halfway out to the isolated arctic location where "Copkiller IV" is currently shooting, their pilot turns murderous and their helicopter crashes, Lou realizes her day has just gotten a lot worse.

Now, while family and friends back home fret over her disappearance, Lou is on the run in the arctic wilderness with America's sweetheart Jack Townsend and only the contents of her purse, his pockets, and their mutual knowledge of survival movie trivia to keep them alive. Can these two children of Hollywood put aside their differences and make it back home without killing each other? Or much, much worse, actually start to like one another?

Why the time hasn't come yet...
I don't know, but I'm going to be reading it very, very soon, hopefully! What about you guys? Happy reading!
Posted by Louisa @ Words I Write Crazy at 6:00 AM