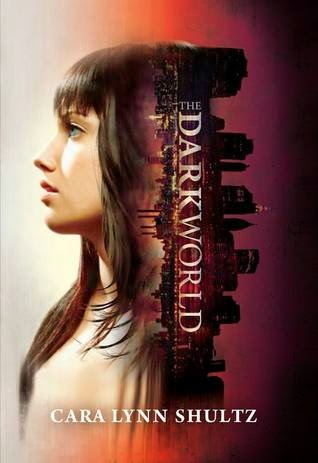 From Goodreads:
Paige Kelly is used to weird--in fact, she probably corners the market on weird, considering that her best friend, Dottie, has been dead since the 1950s. But when a fire demon attacks Paige in detention, she has to admit that things have gotten out of her league. Luckily, the cute new boy in school, Logan Bradley, is a practiced demon slayer-and he isn't fazed by Paige's propensity to chat with the dead. Suddenly, Paige is smack in the middle of a centuries-old battle between warlocks and demons, learning to fight with a magic sword so that she can defend herself. And if she makes one wrong move, she'll be pulled into the Dark World, an alternate version of our world that's overrun by demons-and she might never make it home.

My Review:
This was a really spectacular book! Such a detailed world, and such wonderful characters, and yeah, I just absolutely loved being in this world! It was just so good! I just had to read more and more, and just such a captivating book!

I was trying to read 50 pages of a book, then move to the next one, and then repeat-until I got to this book. I got about 70 pages in before I noticed, that's how fast the pages just flew by, that was how entrenched I was in this story!

My one little compliant, is that the description, of Paige holding her head up high, even when she's got the nickname of Bell-mental-hospital-that-I-can't-spell Kelly, was a bit annoying, that they just focused on that one feature, and those words were used more than once. Oh, and I think that his "uncle" had something to do with his dad's death!

The ending partially killed me. I mean, I though that it was going to end earlier then it did, and I'm glad it didn't, because if it did, then it would have been an even worse wait then it is, so yeah, I'm glad for that, but it still ended on a note where we're not assured that they're going to survive past chapter 1 of book 2!

Absolutely enjoyed this book, it was chocolate for my eyes and mind, loved reading it, and I can't wait for the next book!