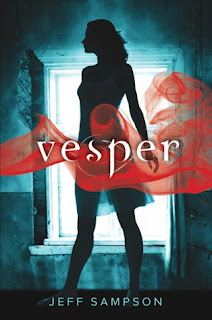 From Goodreads:
A compelling debut novel in which a teen girl must figure out who's causing a rash of murders in her small town--and what's causing her to turn into a monster. Ideal for fans of "Heroes" and "Buffy the Vampire Slayer."

My Review:
This book was so awesome! I loved it so much, Emily's progression, from normal girl, to girl that gets progressively wilder during the night, to a girl who turns into a wolf! It was just so great! I loved reading it!

So there's the mystery surrounding the other Emily, who died the first night that this Emily had her change, and as things went on, yeah, the mystery deepened, and we learned more about this world, and who was a part of it, and yeah, it was awesome!

I loved the pack that was created by the end, and how they worked together, were a team, and yeah, that was really great! And that there were scent things from one person to another that activated them or something! Really cool, and complicating the romance!

Then there was the weird interview that was in alternating chapters, of what had just happened, and it was strange, but I'm curious about what's going on there, and when it's happening, because it's obviously happening in the future from the main part of the book. I wonder how it fits in?

This was a really fantastic book, what a great opener, and yeah, I can't wait for more!