Prophecy of the Most Beautiful: Review 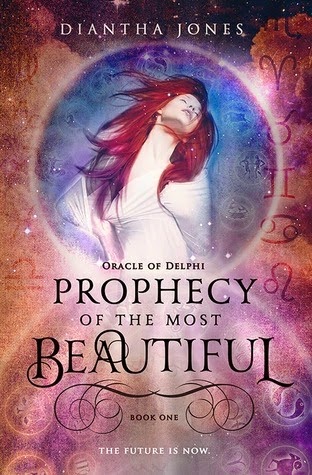 From Goodreads:
She has a destiny so great that even the gods fear her.

Constant hallucinations and the frequent conversations with the voices in her head, have earned eighteen-year-old Chloe Clever the not-so-coveted title of "Whack Job" in her home town of Adel, Georgia. Fed up with prescription meds and therapists, she wishes for a life where she is destined to be more than the butt of everyone's jokes and mockery.

Be careful what you wish for has never rung more true.

After a vicious attack and learning that her favorite rockstar is an Olympian god, she is thrust into her new life as the Oracle of Delphi, the prophesier of the future. Setting out to fulfill the prophecy she has been given, Chloe learns of how great she is to become, all the while fighting mythical monsters and trying to outwit the ever-cunning Greek gods who harbor secrets of their own. While on a mission to discover the Most Beautiful, she strives to uncover the mysteries of the demigod Prince who has sworn to protect her with his life…and threatens to win her heart in the process.

My Review:
Oh, what a wonderful book! So awesome, a great twist on the Greek gods and their myths, unique in the realm that is growing pretty popular over the years, and to top it off, it has that beautiful, amazing cover! I just have to gush over that cover, because it's just so darned pretty, I love the colours, they're eye catching, eye pleasing, and there's something important on every inch of it!

The thing about the Oracle of Delphi, is that they are "blessed" by the god Apollo, the twin, the one of the Sun, and the chariot and stuff. He also has a few other things that I can't remember right now. So yeah, being the Orcale of Delphi, Apollo's a pretty important part of her job.

Which has been wanted by the Greek Gods for a while, so yeah, there's that. But then there's someone who wants to kill her, which isn't so good. Add to the fact, that these are the Greek Gods, and they're the ones in stories, where women turn into trees and such to escape them. Yeah.

I really enjoyed the demigod Princes, they were unique, fun, and had that edge of possible harm, to others, that they were dangerous, and they are. But some of them are just so cute, that you just have to accept that and move on to the more important things!

Yeah, this was a pretty great book, and I can't wait for the sequel now!!! Especially since it has a pretty cover, too! 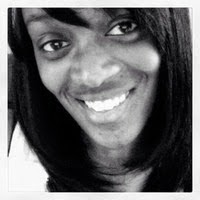 Bio:
Diantha Jones was born the day thousands of turkeys sacrificed their lives to fill millions of American bellies on November 22 which also happened to be Thanksgiving Day (Her mother says she owes her a turkey). She is a Journalism graduate who wants to be a career novelist (of books, not Facebook posts). When not writing or working, she is reading on her Nook, being hypnotized by Netflix or on a mission to procure french fries.

The Oracle of Delphi fantasy series is her first series. She is also the author of Mythos: Stories from Olympus, a companion series, and there is another fantasy series in the works. She also writes (new) adult fantasy/paranormal romance under the name A. Star.