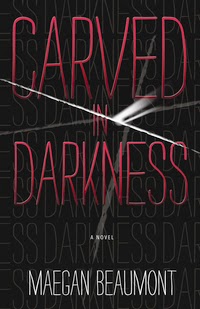 From Goodreads:
Past horrors bleed into a present day nightmare

Fifteen years ago, a psychotic killer abducted seventeen year old Melissa Walker. For 83 days she was raped and tortured before being left for dead in a deserted church yard... But she was still alive.

Melissa begins a new life as homicide inspector, Sabrina Vaughn. With a new face and a new name, it's her job to hunt down murderers and it's a job she does very well.

When Michael O'Shea, a childhood acquaintance with a suspicious past, suddenly finds her, he brings to life the nightmare Sabrina has long since buried.

Believing that his sister was recently murdered by the same monster who attacked Sabrina, Michael is dead set on getting his revenge--using Sabrina as bait.

My Review:
This was a really creepy, thrilling, and scary book! Especially when we were in the killer's head, and he was torturing people, it was just, like, a visual word fest of nails on a chalk board, because he was just that spine clenching terror of pain that you want to avoid at all costs!

So yeah, Melissa/Sabrina, has had a pretty hard life, her mom was basically the one any guy in town would come to if they wanted someone to sleep with. And then her boyfriend/fiancé is almost killed by being with her, then the guy scares her, sleeps with her mom, and her mom's boyfriend attacks her, she kills him in self defence, and when she runs away, a guy kidnapped, tortures, and rapes her for 83 days before leaving her for dead. But she survived. But now he knows that she's alive...

I didn't like Michael very much, at first, because yeah, he wasn't very likeable, that he was going to do whatever it takes to get her back to her home town, to catch the guy that did it to her, but also to his sister, and in a way, he blamed Sabrina for that, for not stopping him sooner. Plus he works for an agency that implanted a dirty bomb/tracking chip in his spine, so yeah.

Guys, either seemed to want to protect-and sleep with her-or they hated her, and yeah, there were a few guys around her, with her working as a cop, and yeah, that was somewhat of a stressful environment, especially with her past, and that she can't tell them the truth.

I really enjoyed this book, it was fantastic, and now to read the 2nd book!