Week 44 Reviews:
One Giant Leap
Zenn Diagram
First Grave to the Right
For I Have Sinned
Second Grave to the Left

OK, so I got 15 posts in 7 days, I read a lot, and yeah, I'm pretty happy with this week, and I can't wait for next week! What about you guys? Happy reading!

So this week I want to read The Dirt on the Ninth Grave, The Curse of Tenth Grave, A Very Charley Christmas, The Moonlight on the Eleventh Grave, The Trouble With the Twelfth Grave, Summoned to the Thirteenth Grave, The Dragon Tamer, and Little White Lies. 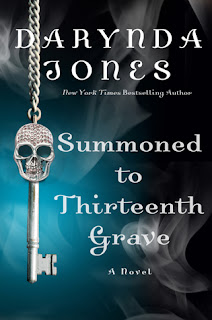 Charley Davidson, Grim Reaper extraordinaire, is pissed. She's been kicked off the earthly plain for eternity – which is the appropriate amount of time to make a person starkraving mad. But someone's looking out for her, and she's allowed to return after a mere hundred years in exile. Is it too much to hope for that not much has changed? Apparently it is. Bummer.

She's missed her daughter, she's missed Reyes, and Beep, but now that she's back on earth, it's time to put to rest burning questions that need answers. What happened to her mother? How did she really die? Who killed her? And are cupcakes or coffee the best medicine? It all comes to a head in an epic showdown between good and evil in this final smart and hilarious novel. 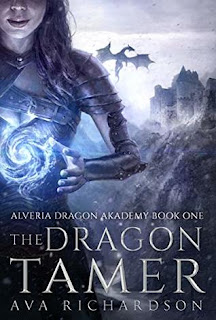 A kingdom divided cannot stand. For those caught in the middle, it means death.

For centuries humans and dragons existed side by side in Alveria, bonded by their care of one another. But no longer. After decades with no viable eggs, humans far outnumber dragons, and the survival of the species appears bleak. The outlook for everyday humans is little better as rogue dragons raid and torment villages. Yet it's far worse for the tamers, beaten and killed simply for serving the noble dragons.

But eking by at the bottom of Alverian society isn't any easier for seventeen-year-old Kaelan Younger. Harder still when her loyalty to the dragon crown is no secret. But when her dying mother reveals a horrifying truth about her identity, Kaelan is thrust into a world for which she is ill prepared.

Faced with a new life at the proving grounds for humans and dragons alike, Kaelan must reconcile not just her past but embrace the future laid out before her. When her responsibilities as an Akademy tamer collide with her feelings for a powerful dragon shifter, it will take everything she has to prepare for the coming danger threatening them both. The fate of the dragons she has sworn to serve rests in her hands.

Now Kaelan is no longer an outsider. 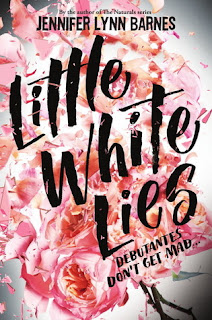 "I'm not saying this is Sawyer's fault," the prim and proper one said delicately. "But."

Eighteen-year-old auto mechanic Sawyer Taft did not expect her estranged grandmother to show up at her apartment door and offer her a six-figure contract to participate in debutante season. And she definitely never imagined she would accept. But when she realizes that immersing herself in her grandmother's "society" might mean discovering the answer to the biggest mystery of her life-her father's identity-she signs on the dotted line and braces herself for a year of makeovers, big dresses, bigger egos, and a whole lot of bless your heart.

The one thing she doesn't expect to find is friendship, but as she's drawn into a group of debutantes with scandalous, dangerous secrets of their own, Sawyer quickly discovers that her family isn't the only mainstay of high society with skeletons in their closet. There are people in her grandmother's glittering world who are not what they appear, and no one wants Sawyer poking her nose into the past. As she navigates the twisted relationships between her new friends and their powerful parents, Sawyer's search for the truth about her own origins is just the beginning.

Set in the world of debutante balls, grand estates and rolling green hills, Little White Lies combines a charming setting, a classic fish-out-of-water story, and the sort of layered mystery only author Jennifer Lynn Barnes can pull off.
Posted by Louisa @ Words I Write Crazy at 6:00 AM