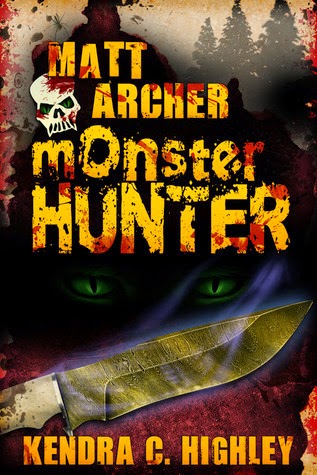 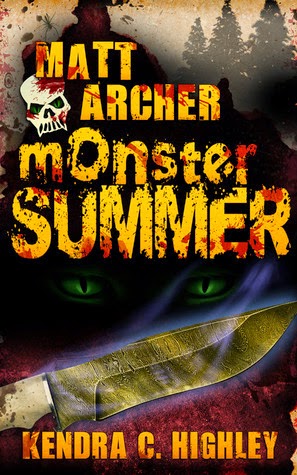 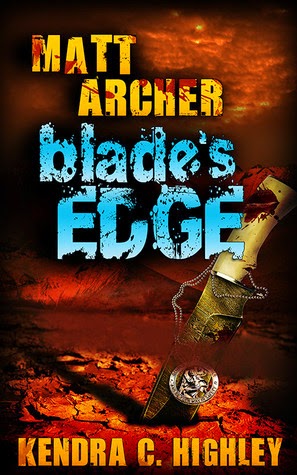 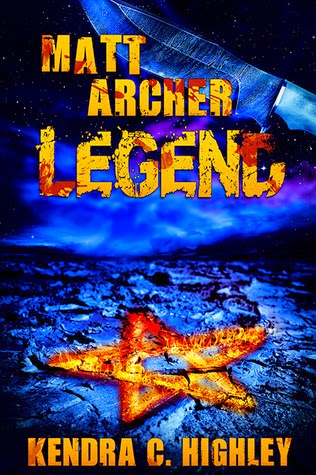 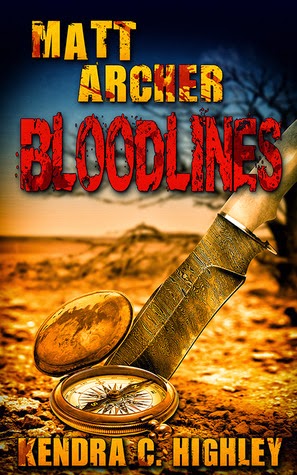 From Goodreads:
In this companion short-story to Matt Archer: Monster Hunter, fifteen-year-old Matt Archer finds himself in the Australian Outback on the trail of his latest targets...and hunting hyper-intelligent, mutated Dingoes is not his idea of a great summer vacation.

From Goodreads:
When Matt Archer was fourteen, he discovered monsters are real. As if that wasn't enough to go on for a few decades, Matt also found out that he'd been chosen to hunt those monsters--with a sentient, supernatural knife. Now fifteen, Matt has spent the last year working with a clandestine military unit, trying to rid the world of monsters, demons and other vicious creatures, all while keeping it a secret from nearly everyone he knows back home in Billings.

Add in a new girlfriend, family secrets, sibling drama and enough homework to sink an aircraft carrier, and Matt's life has become more complicated than he ever imagined. Worse, the knife has developed some very definite opinions about Matt's personal life and it interferes in his business whenever it wants. More and more, Matt’s coming to realize that sharing brain-space with a spirit kind of sucks.

When stories of decimated towns and hordes of zombies start pouring into the Pentagon from Afghanistan, Matt knows he’ll be called up soon. Between the new mission and the knife's increasing control over his mind, Matt wonders if he'll survive long enough to take his driver's exam.

From Goodreads:
When Matt Archer was fourteen, he was chosen—by a magic, spirit-inhabited knife—to hunt monsters with a special paranormal division of the Army. When he was fifteen, he was thrown into a global war the rest of the world didn't know existed.

Now Matt's sixteen and the war has cost him more than he ever thought it would. He's also learned that the knife-spirits have an agenda he doesn't totally agree with. The only problem? The spirits have the upper hand, and they plan to control the fight—and Matt.

Then things get worse: the next lunar eclipse cycle is starting, a prominent physicist has gone missing, and Matt's best friend is thinking about quitting the team. If he loses Will—after everyone else he's lost—Matt's not sure how he'll fight alone.

As the source of his nightmares starts to creep out of the shadows, Matt knows he’ll need all the help he can get…because being alone could prove deadly.

From Goodreads:
When seventeen-year-old Matt Archer set out on his last mission in the Australian Outback, he thought it would be like every other hunt.

After only two days on the ground, his best friend is possessed, a long-lost family member has returned and hidden truths have come to the surface. Add in a coven of witches bent on bringing about the end of the world and, well, this trip has started to suck. Badly.

As his power and strength continue to grow, so does Matt's concern that he's becoming more and more like the creatures he's been charged to hunt: a monster.

Faced with some of his biggest challenges to date, Matt has to decide what he needs to protect most—his family, his team…or himself.

I loved how Matt evolved, from hunting monsters by himself, with Will, to with a whole team, from being afraid to ask Ella out, to dating her, from a 14 year old boy to around 18 years old, with Tink just being a special knife, to her talking to him, and yeah, that growth was wonderful, if annoying for Matt sometimes!

The monsters got harder to fight, whether by numbers, or having come once, and now the 2nd time, more evolved, yeah, there were a lot of deaths in this series, and the ones that we knew their names, they hit hardest, from Schmitt, to Colonel Black, were the worst!

But yeah, this is also a series about family, Matt's mom, dad in Bloodlines, his brother, sister, uncle, aunt, and baby Kate, and Ella, and Will, those are his closest family. Then all the military guys are the second layer. Though his dad isn't totally in the inner circle, as he's only just been introduced to him!

Loved these books so freaking much, and I can't wait to see what Kendra Highley will write next!