Week 20 Reviews: The Unholy, The Unspoken, The Uninvited 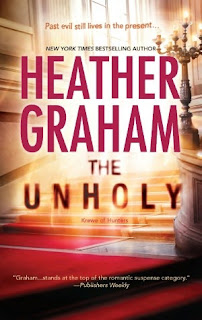 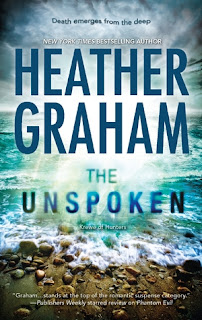 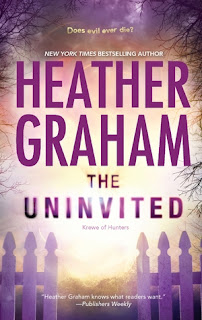 From Goodreads:
The 1940s: Hard-boiled detectives and femmes fatale are box-office gold. In one iconic scene, set in a deserted museum, the private eye arrives too late, and the buxom beauty is throttled by an ominous Egyptian priest. Now: The Black Box Cinema immortalizes Hollywood's Golden Age in its gallery of film noir tributes. But the mannequin of that Egyptian priest is hardly lifeless.

He walks—and a young starlet dies a terrifying death.

Working with special-effects artist Madison Darvil—who has her own otherworldly gifts—Cameron delves into the malevolent force animating more than one movie monster.…

From Goodreads:
1898: Bound for Chicago, the freighter Jerry McGuen goes down in Lake Michigan, taking with it every man aboard. But what other fate could befall a vessel carrying the ill-gotten sarcophagus of an Egyptian sorcerer?

Now: A veteran diver and "ghost ship" expert is exploring the legendary wreck for a documentary. He dies inexplicably inside the freighter's main saloon. Then another diver is killed and panicked rumors rise like bubbles from the lake: ancient demons have awakened below!

The expedition's beleaguered financier calls paranormal investigator Katya Sokolov to Chicago to save the film—and perhaps some innocent lives. Along with media forensics guru Will Chan, Kat plumbs the depths of an evil that may date back to the time of the Pharaohs. But some secrets are best drowned in the seas of the past.…

From Goodreads:
1777: In the throes of the Revolutionary War, Landon Mansion is commandeered by British Lord "Butcher" Bedford. He stabs Lucy Tarleton—who spurned his king and his love—leaving her to die in her father's arms.NOW: After the day's final tour, docent Allison Leigh makes her rounds while locking up…and finds a colleague slumped over Bedford's desk, impaled on his own replica bayonet.

Resident ghosts may be the stock-in-trade of stately Philadelphia homes, but Allison—a noted historian—is indignant at the prospect of "ghost hunters" investigating this apparent murder.

Agent Tyler Montague knows his hauntings and his history. But while Allison is skeptical of the newcomer, a second mysterious murder occurs. Has "Butcher" Bedford resurfaced? Or is there another malevolent force at work in Landon Mansion? Wary, yet deeply attracted, Allison has to trust in Tyler and work with him to discover just what uninvited guest—dead or alive—has taken over the house.

Or their lives could become history!

My first review of The Unholy, The Unspoken
My Review:
Finally! I finally caught up to the main reason why I started this reread-The Uninvited! And it was so great, and all these books have been enjoyable! I'm just really glad that I've finally read up to this point, and now I can finally go past it!

I love the fact that the mysteries of The Unholy and The Unspoken are connected by the priest, the character in the movie, and the mummy in the sunken ship. And to have them back to back, yeah, that was really awesome!

Of all the romances, I think I liked Will and Kat's the most-they were abrasive, and she didn't like him at first, but then they fell in love. I liked that they had flaws, and they worked through them, because that's a part of what it means to be human.

Having already read The Unholy and The Unspoken, it was The Uninvited that I was looking forward most to reading! And it didn't disappoint, there were tons of twists and turns-and Adam was in it, yeah! It was really a wonderful book!

I enjoyed reading these books so much, and I can't wait to read more of the series-and read it for the first time, yeah!