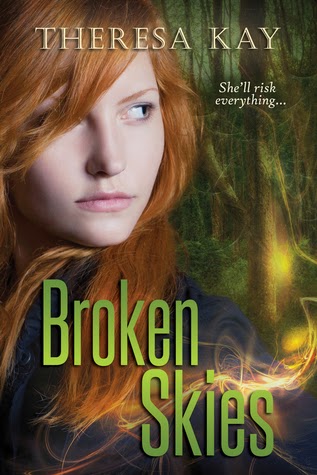 From Goodreads:
Thirty years ago, civilization collapsed. Few survived.
Ten years ago, the aliens arrived…and stayed.
One year ago, I killed two men and went a little crazy.
Today, the aliens took my brother and I will do anything to get him back.

Until recently, the E’rikon have remained segregated in their city and ignored the few humans who have tried to engage them… but now they have taken Jax’s brother. To rescue him, she forms an uneasy alliance with a teenage E’rikon left stranded in the woods. She agrees to guide him to the city if he sneaks her past the human-proof barrier. Too bad it’s not that simple.

Jax, who cannot stand to be touched, finds that she’s drawn to the alien boy with bright green hair and jewel-like scales down his back. And he’s equally affected by her, the courageous redhead with haunted eyes. But she doesn’t know the alien’s true motives and he has no idea that she is much more than she seems.

In this world where alien and human are at odds, the connection forming between the two has consequences. What started off as a rescue mission sets a chain of events in motion which threatens not only the remaining humans and the growing alien society, but Earth itself.

My Review:
I enjoyed this book so much! It could've gone darker then what I like, but it stayed within my limits, so yeah, I enjoyed it a lot! This was a really great start to the series, a great kick off, and I'm excited to see where it's going to go next!

This is a series. And it's about humans and aliens, and teens from opposite species who fall in love. So I'm really hoping that it doesn't go in the way that Starcrossed was planned to, if it hand't cancelled, and eventually had the two of them end up with other people. Because that would be disappointing, we put a lot into the relationship between Jax and Lir!

I enjoyed watching Jax and Lir interact, because Lir's species came to earth, and yeah, it is the humans home, and humans and E'rikon haven't really interacted before now. So that was really interesting to read about!

Talk about a cliffhanger ending! So much happens, so much is revealed-but at least Jax rescues her brother. That's a positive. But some of the revelations, well, seeing as it's a series, are going to have consequences, and I want to know what they are!

This was a really fantastic book, I enjoyed it so much, and I can't wait for Fractured Suns! 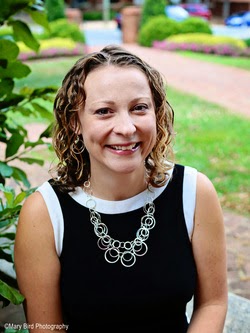 Bio:
The only person she knows who had a subscription to Writer's Digest at eleven and was always excited to write research papers, Theresa has been putting words to paper since a young age. Living in the mountains of central Virginia with her husband and two kids, she works as a paralegal by day, binges on Netflix at night and finds bits of time in between reading almost everything she can get her hands on and laundry to craft stories that tend to feature broken characters in sci-fi or paranormal worlds, with a touch of romance thrown in for good measure.

She's constantly lost in one fictional universe or another and is a self-proclaimed "fangirl" who loves being sucked in to new books or TV shows. Theresa originally wanted to write horror novels as an ode to her childhood passion for Stephen King novels, but between her internal Muse's ramblings and the constant praise for her sci-fi pieces from her writer's group - The Rebel Writers - she knew she should stick with what was working.