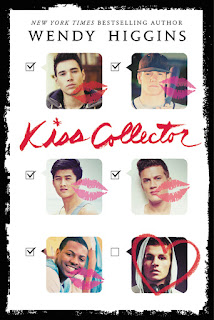 Seventeen-year-old Zae Monroe is over relationships. Between getting cheated on by the only guy she’s ever loved and watching her parents' marriage crumble, she decides to turn the tables and go after what she wants, and what she wants are kisses. Athletes, musicians, poets, bad boys—their lips are all on her agenda, and it's time to collect.

Zae proposes a contest with her friends to see who can kiss the most boys during spring break. But what starts as a harmless competition leads to a downward spiral of drama. Zae is forced to face the reasons behind her boy angst and starts to wonder if she was wrong about the male race...or at least some of them. 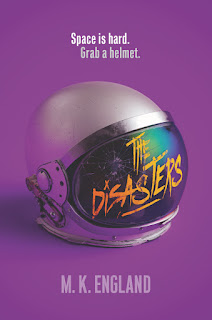 The Disasters by M.K. England
Expected Publication: December 18th, 2018
From Goodreads:
The Breakfast Club meets Guardians of the Galaxy in this YA sci-fi adventure by debut author M. K. England.

Hotshot pilot Nax Hall has a history of making poor life choices. So it’s not exactly a surprise when he’s kicked out of the elite Ellis Station Academy in less than twenty-four hours. But Nax’s one-way trip back to Earth is cut short when a terrorist group attacks the Academy.

Nax and three other washouts escape—barely—but they’re also the sole witnesses to the biggest crime in the history of space colonization. And the perfect scapegoats.

On the run, Nax and his fellow failures plan to pull off a dangerous heist to spread the truth. Because they may not be “Academy material,” and they may not even get along, but they’re the only ones left to step up and fight. 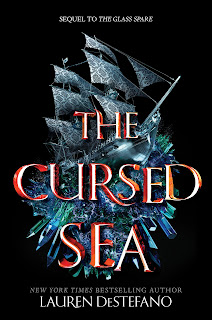 The Cursed Sea by Lauren DeStefano
Expected Publication: December 18th, 2018
From Goodreads:
Wilhemina Heidle, the exiled princess of Northern Arrod, the girl thought dead by her family and friends, must return home. The only way to save Loom, the cursed prince of the Southern Isles, is to revisit the castle and discover the origins of her own curse.

But home is very different from how she left it—Wil’s unstable elder brother is now king, leading a war against the Southern Isles. And the rest of her family must reckon with the truth of what happened to lead to Wil’s exile. With time running out, Wil must navigate the dangerous secrets within her family if she’s going to find the truth and save the boy she loves.

When she’s finally able to reach Pahn, nothing goes as planned, and suddenly Wil and her allies are fighting for their lives, again and again, as the Southern King is out to punish his children for all they’ve done. Traveling across cursed seas and treacherous kingdoms, Wil, Loom—and his ruthless sister Espel—have to work to make peace with their own struggles if they hope to secure the future of their kingdoms.

But when their plans lead them right back to evil marveler Pahn, and to Baren—who is more dangerous than ever—can Wil and her friends outsmart their enemies, this time, for good?

Oh, yeah, some really great, fantastic books! I actually read The Disasters months ago, and it was so amazing! All these books, I'm really excited for! What about you guys? Happy reading!
Posted by Louisa @ Words I Write Crazy at 6:00 AM