Yeah, we have the cover of Shadow Warrior by Christine Feehan! 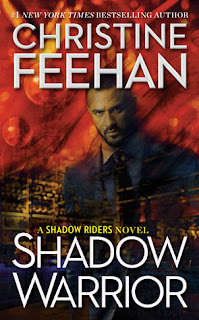 
Yeah, this cover is pretty awesome, looks good, and I love the smear/the shadows. Goes well with the previous covers of this series! So excited to read this book! What about you guys? Happy reading!
Posted by Louisa @ Words I Write Crazy at 6:42 PM