OK, so I got 17 posts in 7 days, it was a pretty decent week, I'm getting back into the swing of blogging, as well as all the end of year/start of a new year things. What about you guys? Happy reading!

So this week I want to read Rosemary and Rue, A Local Habitation, An Artificial Night, Late Eclipses, One Salt Sea, Ashes of Honor, Chimes at Midnight, Full of Briars, The Winter Long, Dark Shores, The Dragon Sickness, Kill the Queen, and Protect the Prince. A PIRATE WITH A WILL OF IRON
Teriana is the second mate of the Quincense, a ship beholden to the Goddess of the Seas. Her people are born of the waves, and they alone know how to cross the impassable oceans between East and West.

A SOLDIER WITH A SECRET
Marcus is the commander of the Thirty-Seventh, the notorious legion that has led the Celendor Empire to conquer the entire East. The legion is his only family, and even they don't know the secret he's been hiding since childhood.

A DANGEROUS QUEST
When a power-hungry ruler captures Teriana's crew and threatens to reveal Marcus's secret unless they help him conquer the unknown West, the two are forced into an unlikely–and unwilling– alliance. They unite for the sake of their families, but both must decide how far they are willing to go, and how much they are willing to sacrifice. 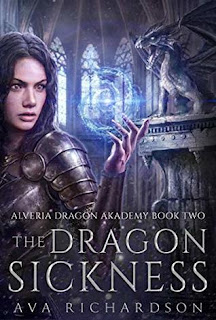 Their power is in the strength of their bond. But deceit threatens to break it.

It's official. Kaelan Younger has finally been accepted as a dragon tamer at the Akademy. Yet even as she begins to learn the extent of her powers, a mysterious illness stalks the dragons and threatens Prince Lasaro.

More than her bond with the prince is endangered when Kaelan seeks help from a most unlikely source. As a result, the lies to cover her deception mount. But with the enemy's armies gathering at Alveria's borders, Kaelan will do whatever it takes to save those she has sworn to protect—even if it means sacrificing herself.

Now Kaelan and Lasaro must find a way to heal the dragons and harness the depth of their connection in order to stop the treachery from within.

If not, a once great nation will fall. 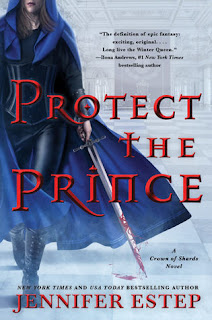 First, Evie has to deal with a court full of arrogant, demanding nobles, all of whom want to get their greedy hands on her crown. As if that wasn't bad enough, an assassin tries to kill Evie in her own throne room.

But dark forces are at work inside the Andvarian palace, and Evie soon realizes that no one is safe. Worse, Evie's immunity to magic starts acting in strange, unexpected ways, which makes her wonder whether she is truly strong enough to be a Winter Queen.

But Evie's magic, life, and crown aren't the only things in danger—so is her heart, thanks to Lucas Sullivan, the Andvarian king's bastard son and Evie's . . . well, Evie isn't quite sure what Sullivan is to her.

Only one thing is certain—protecting a prince might be even harder than killing a queen…
Posted by Louisa @ Words I Write Crazy at 6:00 AM