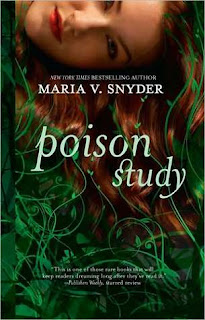 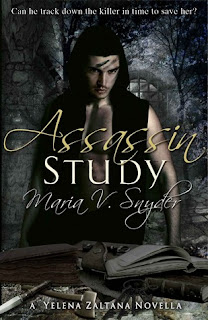 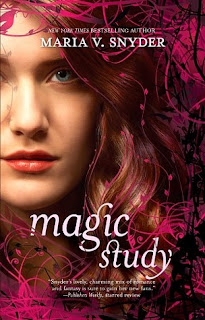 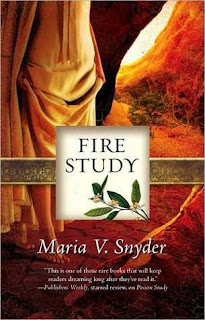 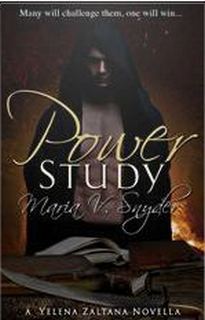 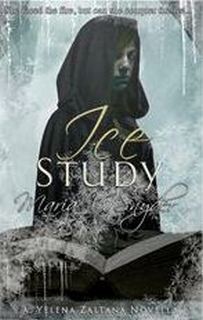 About to be executed for murder, Yelena is offered an extraordinary reprieve. She'll eat the best meals, have rooms in the palace—and risk assassination by anyone trying to kill the Commander of Ixia.

And so Yelena chooses to become a food taster. But the chief of security, leaving nothing to chance, deliberately feeds her Butterfly's Dust—and only by appearing for her daily antidote will she delay an agonizing death from the poison.

As Yelena tries to escape her new dilemma, disasters keep mounting. Rebels plot to seize Ixia and Yelena develops magical powers she can't control. Her life is threatened again and choices must be made. But this time the outcomes aren't so clear...

From Goodreads:
Yelena, the heroine of Maria V. Snyder's stunning debut novel Poison Study, is on her way to her ancestral homeland of Sitia to be reunited with her family and to learn more about her magical powers. An order of execution hangs over her head should she ever return to Ixia. But her true love, Valek, quickly learns that an assassin has taken it upon himself to make sure Yelena doesn't reach her destination.

As Ixia's chief of security, and a highly skilled assassin himself, can Valek track down the killer in time to save Yelena's life?

From Goodreads:
You know your life is bad when you miss your days as a poison taster...

With her greatest enemy dead, and on her way to be reunited with the family she'd been stolen from long ago, Yelena should be pleased. But though she has gained her freedom, she can't help feeling isolated in Sitia. Her Ixian background has changed her in many ways—and her newfound friends and relatives don't think it's for the better...

Despite the turmoil, she's eager to start her magic training—especially as she's been given one year to harness her power or be put to death. But her plans take a radical turn when she becomes involved with a plot to reclaim Ixia's throne for a lost prince—and gets entangled in powerful rivalries with her fellow magicians.

If that wasn't bad enough, it appears her brother would love to see her dead. Luckily, Yelena has some old friends to help her with all her new enemies...

From Goodreads:
The apprenticeship is over—now the real test has begun.

When word that Yelena is a Soulfinder—able to capture and release souls—spreads like wildfire, people grow uneasy. Already Yelena's unusual abilities and past have set her apart. As the Council debates Yelena's fate, she receives a disturbing message: a plot is rising against her homeland, led by a murderous sorcerer she has defeated before....

Honor sets Yelena on a path that will test the limits of her skills, and the hope of reuniting with her beloved spurs her onward. Her journey is fraught with allies, enemies, lovers and would-be assassins, each of questionable loyalty. Yelena will have but one chance to prove herself—and save the land she holds dear.

From Goodreads:
Ari and Janco deal with a Sandseed Story Weaver and a cocky young soldier while Valek is off helping Yelena.

From Goodreads:
This is a short story about Yelena and Valek as they race to keep the powerful Ice Moon from a rogue magician.

My first reviews of Poison Study, Magic Study, Fire Study
My Review:
I loved reading these so much! They were just so entertaining, they were themselves, and yeah, it was just great to read them, and to add in the short stories? That just made the whole thing so much better! I enjoyed rereading them so much!

It was a pure joy to reread these books, because it's such a great series, one that I love to bits, and I just loved to see these characters go on these journeys again, learn from their mistakes, and move forward again!

I love love the relationships that Yelena has, from Valek and that they're heart mates, and her relationships with Ari and Janco, and Maren, because they're just fantastic, and yeah, so much fun to read!

Some parts were hard to read, like dealing with the fire world, and having Roze being a traitor, but yeah, all in all, it worked out pretty well for all the good guys, and things were happening for them, and it was all good!

Enjoyed rereading these so much, can't wait to reread the Glass series next!