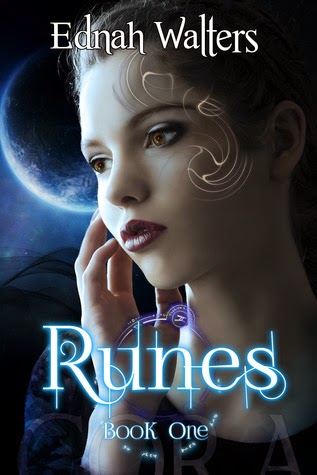 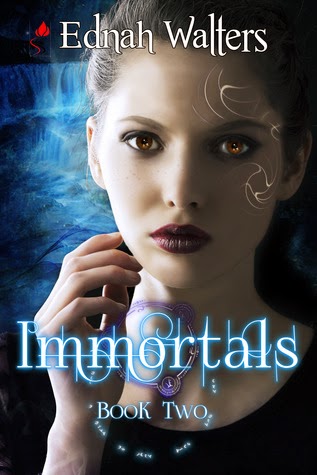 From Goodreads:
Seventeen-year-old Raine Cooper has enough on her plate dealing with her father's disappearance, her mother's erratic behavior and the possibility of her boyfriend relocating. The last thing she needs is Torin St. James—a mysterious new neighbor with a wicked smile and uncanny way of reading her.

Raine is drawn to Torin's dark sexiness against her better judgment, until he saves her life with weird marks and she realizes he is different. But by healing her, Torin changes something inside Raine. Now she can't stop thinking about him. Half the time, she's not sure whether to fall into his arms or run.

Scared, she sets out to find out what Torin is. But the closer she gets to the truth the more she uncovers something sinister about Torin. What Torin is goes back to an ancient mythology and Raine is somehow part of it. Not only are she and her friends in danger, she must choose a side, but the wrong choice will cost Raine her life...

From Goodreads:
Nothing can stop Raine Cooper when she wants something...
Raine finally knows that her gorgeous neighbor, Torin St. James, is a legend straight out of Norse mythology, and that her feelings for him are strong. Torin is crazy about Raine too, breaking the one rule he lives by: Never fall for a mortal. The problem is he no longer remembers her, his memories erased by Norns—Norse destiny deities—to punish her for defying them.

So Raine comes up with a plan...
She will make Torin forget his one rule a second time and fall in love with her all over again.
But she quickly learns that well-laid plans do not work when dealing with deities and supernatural beings. Desperate, Raine makes choices that could not only tear her and Torin further apart, but lead to the destruction of everything and everyone she loves...

My Review:
When I first started reading Runes, I thought that I'd really enjoy these books, because Raine was a lot like me, a bookish person! But as it went on, it got pretty dark, darker then I like, so while I enjoyed these books, and like them, I didn't love love love them. Which is too bad!

I enjoyed the whole mythology with the Norns, which sound vague familiar from other books with Norse mythology, and having them the bad guys, yeah, that was pretty interesting and I liked that a lot! Even though they were hardly in these books. More the threat of them then having them being there, most of the time!

I didn't really like Torin too much, which makes this sound like a negative review, but I did enjoy these books. I just want to complain about the negatives right now! He was just so stand-offish in their first meeting, and she was a little too star-struck, and it annoyed me!

I enjoyed him having his memory gone-it was a challenge to their relationship, one that since I didn't like him, meant that I didn't really like it. But, alas, love wins out, for now. There are 2 or 3 more books left in the series for them to break up in!

Yeah. These were good books, and I enjoyed them, but they weren't to my style. Something about them got on my nerves, and made all the little annoyances much larger then they usually are to me! If it doesn't hit your annoyance button, I think you would enjoy it!