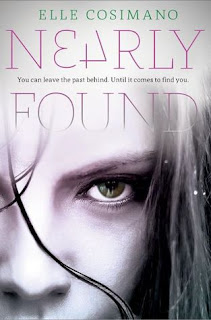 From Goodreads:
The sequel to the highly praised and intricately plotted Nearly Gone--a YA urban mystery that's perfect for fans of Bones, Numbers, and The Body Finder

After Nearly Boswell starts working as an intern at a crime lab, a girl from her trailer park turns up dead. Then the corpse of a missing person is discovered, buried on a golf course, with a message for Nearly etched into the bones. When Nearly finds out the corpse is the father of Eric, a classmate of hers, she starts to worry that the body is connected to her father's disappearance five years ago. Nearly, Reece, and Nearly's classmates--Vince, Jeremy, and Eric--start a dangerous investigation into their fathers' pasts that threatens Nearly's fragile romance with Reece, and puts all them in the killer's path.

My Review:
This was such a great and utterly amazing book! True that I didn't enjoy it quite as much as Nearly Gone, but even without that really special spark, this book was just incredible to read! Loved the mystery, and learning all these things!

I enjoyed being in this world again, after the events of Nearly Gone, and the effects that were cascading down, even now, 3 months later. Like Jeremy and Anh, who started off around where they were in the ending of Gone, but slowly worked through the issues there!

There were developments in this book, like Nearly's internship at a forensic place, and the whole mystery that involved the kid's dads. I did feel like Nearly did a bit to many things to honestly keep her internship, the people who ran it should've noticed what she was doing!

I did find the mystery sad, though. There was a brief red herring right there at the end, which would've been both better and worse then the what really happened, but mostly, it just felt so pointless, you know? That there was a better way that things could've happened, and it's sad that they happened the way that they did.

One thing that I really liked, was that ambiguity on whether or not this is the last book in the series or not. Right now, it is, but there's still the mystery of her dad, and other unknown mysteries out there. But the way it was ended and wrapped up, this could end the series, which which was really well written!

Yeah, loved this book a lot, and while I'd love a 3rd book, this book can end the series, it was really great with that!