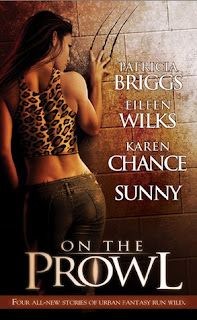 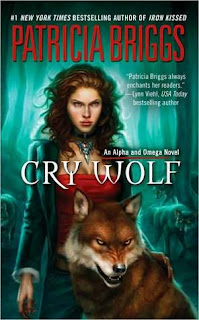 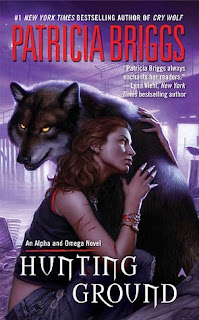 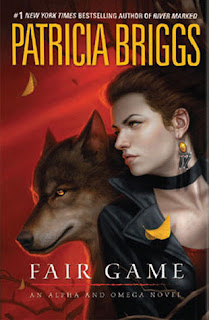 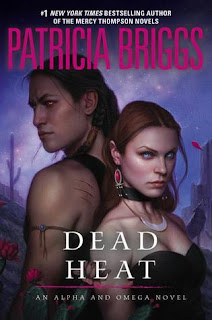 From Goodreads:
Alpha and Omega 0.5 by Patricia Briggs
The werewolf Anna finds a new sense of self when the son of the werewolf king comes to town to quell unrest in the Chicago pack- and inspires a power in Anna that she's never felt before.

From Goodreads:
Anna never knew werewolves existed, until the night she survived a violent attack... and became one herself. After three years at the bottom of the pack, she'd learned to keep her head down and never, ever trust dominant males. Then Charles Cornick, the enforcer—and son—of the leader of the North American werewolves, came into her life.

Charles insists that not only is Anna his mate, but she is also a rare and valued Omega wolf. And it is Anna's inner strength and calming presence that will prove invaluable as she and Charles go on the hunt in search of a rogue werewolf—a creature bound in magic so dark that it could threaten all of the pack.

From Goodreads:
Anna Latham didn't know how complicated life could be until she became a werewolf. And until she was mated to Charles Cornick, the son — and enforcer — of Bran, the leader of the North American werewolves, she didn't know how dangerous it could be either...

Anna and Charles have just been enlisted to attend a summit to present Bran's controversial proposition: that the wolves should finally reveal themselves to humans. But the most feared Alpha in Europe is dead set against the plan — and it seems like someone else might be too. When Anna is attacked by vampires using pack magic, the kind of power only werewolves should be able to draw on, Charles and Anna must combine their talents to hunt down whoever is behind it all — or risk losing everything...

From Goodreads:
Patricia Briggs, the #1 "New York Times" bestselling author of the Mercy Thompson novels, "always enchants her readers." (Lynn Viehl, "New York Times" bestselling author) Now her Alpha and Omega series-set in a world of shifting shapes, loyalty, and passion- brings werewolves out of the darkness and into a society where fear and prejudice could make the hunters prey...

They say opposites attract. And in the case of werewolves Anna Latham and Charles Cornick, they mate. The son-and enforcer-of the leader of the North American werewolves, Charles is a dominant alpha. While Anna, an omega, has the rare ability to calm others of her kind.

Now that the werewolves have revealed themselves to humans, they can't afford any bad publicity. Infractions that could have been overlooked in the past must now be punished, and the strain of doing his father's dirty work is taking a toll on Charles.

Nevertheless, Charles and Anna are sent to Boston, when the FBI requests the pack's help on a local serial killer case. They quickly realize that not only the last two victims were werewolves-all of them were. Someone is targeting their kind. And now Anna and Charles have put themselves right in the killer's sights...

From Goodreads:
For once, mated werewolves Charles and Anna are not traveling because of Charles's role as his father's enforcer. This time, their trip to Arizona is purely personal, as Charles plans to buy Anna a horse for her birthday. Or at least it starts out that way...

Charles and Anna soon discover that a dangerous Fae being is on the loose, replacing human children with simulacrums. The Fae's cold war with humanity is about to heat up—and Charles and Anna are in the cross fire.

My first review of Alpha & Omega, Cry Wolf, Hunting Ground, Fair Game, Dead Heat
My Review:
Loved rereading these books! I wasn't planning on it, but I read a great deal of the Mercy series, which meant that I had to read this one! Which is why I didn't quite read them in chronological order like I did last time, but yeah, I managed!

All of these books are pretty significant to the world. Like, a witch that can control Bran. Of the werewolves coming out. Of the Fae showing their dark side. Of just how bad the fae can be. Plus, it's Anna and Charles, who are amazing to read about!

They started off a bit rocky, given that they only just met, and she's had a hard 3 years as a werewolf. And there's some stumbling around. But they make a great team, and find their stride! And I just loved reading about them again!

This series moves a lot slower than the Mercy series-4 books to 10. Though we're getting book 5, Burn Bright, this year, I believe. And I can't wait to have more of Charles and Anna's adventures, because of who they are and what they face!

Such an amazing series, and I can't wait for more!