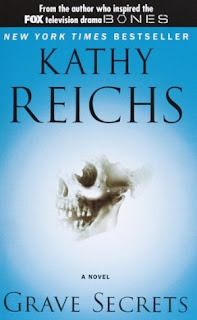 From Goodreads:
A harrowing excavation unearths a chilling tragedy never laid to rest.

They are "the disappeared," twenty-three massacre victims buried in a well in the Guatemalan village of Chupan Ya two decades ago. Leading a team of experts on a meticulous, heartbreaking dig, Tempe Brennan pieces together the violence of the past. But a fresh wave of terror begins when the horrific sounds of a fatal attack on two colleagues come in on a blood-chilling satellite call.

Teaming up with Special Crimes Investigator Bartolomé Galiano and Montreal detective Andrew Ryan, Tempe quickly becomes enmeshed in the cases of four privileged young women who have vanished from Guatemala City -- and finds herself caught in deadly territory where power, money, greed, and science converge.

My Review:
I really enjoyed reading this book! It book was so interesting in the fact that it's the first set not in Montreal or Carolina. Also, the fact that Bartolomé Galiano had gone to school in Canada and knew Andrew Ryan. I loved the interactions with the group of them!

The synopsis is a bit misleading. It makes you think that the book is about the disappeared, but it's not. It's about a group of woman who have slowly been going missing, and who might have been killed. One of whom is the daughter of a diplomat.

In this case, one of the big science-y stuff is cat hair, since it's found on one of the victims, and a lot of the victim's families have cats, so it was a way to narrow things down. It also complicated matters, too, because not all of the hairs came from just one of the victims cats. Yeah.

The idea of using babies or dead people for their cells, it's pretty awful, well, more the former than the later. But to kill to get those bodies or to protect the operation, that was just bad! I'm really glad that they all got caught!

This book was really awesome, and I can't wait to read more, what with that cliffhanger of which romantic partner she chose!