Today I'd like to welcome over John for an Author interview!

The One Percenters
Edward Caine survives his beloved wife, Jill, the seventh victim of a cunning serial killer.  During the grieving process, he notes that modern medicine and distorted economics have skewed survival odds within society.  Survival of the fittest has become defunct, with the weak and weak-minded allowed to pass on their genes, provided they are suitably funded.  Edward is predestined to become a one-percenter, an agent of nature given the job of eliminating the weaker persons from society.  He learns that his task requires the discipline to discern between the people he wishes would die and those who should.  Eventually, after physical torment and psychological struggle, Edward makes a final stand on an isolated beach before being taken away by authorities and awaiting his own court-ordered death.

The One Percenters is reflective in nature, and challenges the social and religious differences among all of us.

Why/how did you start writing?

I won $5 in a writing contest in first grade.  I wrote about a magical zebra.  It was a very inspiring moment in my life!

Are you a plotter, or a pantser-do you do outlines, or do you write what comes to
mind?

I am totally a stream-of-consciousness writer.  I believe that if you overthink it, it ruins the spontaneity and passion of the book-- much like overthinking a kiss, a vacation, etc.

If you’re a pantser, how do you wrap up all the loose ends?

A lot of editing.  This is the least enjoyable part of writing, in my opinion.

What inspired your first book?

I studied anthropology in college.  I'm always considering what makes us tick, especially our base qualities, and what defines sanity and intelligence.  I like to look at humans as primal creatures, and one day the story just popped.

Do you listen to music while writing?

I need my writing environment to be eerie.  Nighttime by candlelight.  I can't write in a cafe.

What are you currently working on?

I write mainly short stories.  Novels hurt my brain.  However, I am toying with one now-- an apocalyptic story.

If you could write any book that you’ve ever read, what would it be? Why?

The Giving Tree.  It's so ridiculously beautiful and teaches you most of what you need to know about life.

What authors may you have learned from, from sites and reading their books?

Curiously, Bill Watterson might be my biggest influence.  When writing Calvin & Hobbes, he injected profundity into a "simple" medium.  His strip combines emotion and logic, as reflected in the names of the characters (named after the historic figures).


Do you prefer books to movies in the film adaptation from books?

I don't know how anyone could prefer the movies.  They rob you of your imaginative process.

Authors you look forward to new books from the most?

Do you have a writing schedule?

No, there is enough pressure in real life.

A short line from your book that you love?

At last she was back in the hands of God, which are soft and warn and tender.  God has hands like blue jeans fresh from the dryer. 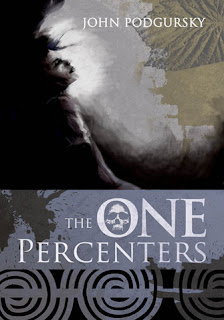 Email ThisBlogThis!Share to TwitterShare to FacebookShare to Pinterest
Labels: books, for review, interview