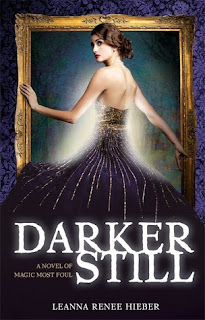 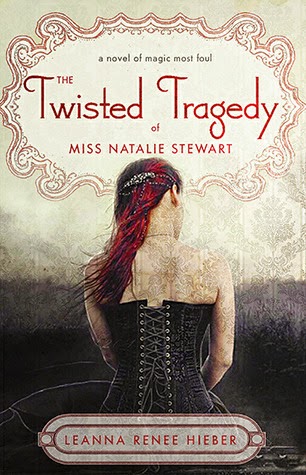 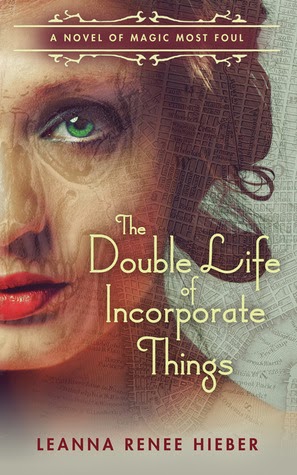 From Goodreads:
I was obsessed.

It was as if he called to me, demanding I reach out and touch the brushstrokes of color swirled onto the canvas. It was the most exquisite portrait I'd ever seen--everything about Lord Denbury was unbelievable...utterly breathtaking and eerily lifelike.

There was a reason for that. Because despite what everyone said, Denbury never had committed suicide. He was alive. Trapped within his golden frame.

I've crossed over into his world within the painting, and I've seen what dreams haunt him. They haunt me too. He and I are inextricably linked--bound together to watch the darkness seeping through the gas-lit cobblestone streets of Manhattan. Unless I can free him soon, things will only get Darker Still.

From Goodreads:
I'm coming for you.

The whispers haunt her dreams and fill her waking hours with dread. Something odd is happening. Something...unnatural.

Possession of the living. Resurrection of the dead. And Natalie Stewart is caught right in the middle. Jonathon, the one person she thought she could trust, has become a double agent for the dark side. But he plays the part so well, Natalie has to wonder just how much he's really acting.

She can't even see what it is she's fighting. But the cost of losing her heart, her sanity...her soul.

From Goodreads:
Just when we think our nightmares are over, the Society has invented a new horror. Around every corner a shadow; behind every whisper a demon. If we don't end what the devils began, we will all die haunted...


The finale in the acclaimed Magic Most Foul trilogy, the trauma and the terror of the Master's Society has only escalated for the dashing Lord Denbury and brave, feisty Miss Natalie Stewart. A new terror has been unleashed in Manhattan. Together they, with their stalwart friends and unlikely heroes, take the fight directly to the Denbury estate, where fresh evils have awakened. But are they prepared for all the sacrifices that shall be asked of them? With their very lives and the sanctity of their mortal souls at stake, Natalie and Jonathon are past the point of no return...

My first review of Darker Still, The Twisted Tragedy of Miss Natalie Stewart
My Review:
I loved rereading this series! It's dark, which is easy to tell from the titles, and the are spiritual in the sense of spirits and souls, not religion, though they are religious. And yeah, they're fighting the bad guys in the year 1800, which adds some complications for the girls!

I just enjoyed diving back into this series! I mean, I'd read the first 2 books, and I'd read the 3rd book that was put online, chapter by chapter, but the last 5 chapters were saved for the published copy, and I didn't have a chance to read that till now, so it was just great to read them all at once!

I wasn't even meaning to read all of them, I was planning on reading one a week till I finished. But they sucked me in, and I just had to keep reading more! I had forgotten a lot of things, like her diary entries in the first one (mixed bag on liking that, the after the fact, talking about how it ended and such) but I just came into it right away!

One thing that I didn't like, which is just personal, is the language and the syntax of the time. It's just off for me, and a middle point between Shakespeare and now, and yeah, it's just not my thing. Which isn't the book's fault. I just have a thing against flowery language that you have to decipher what it means!

Favourite lines from The Twisted Tragedy of Miss Natalie Stewart: "Wilhelmina. I didn't say Mina. Wilhelmina Irma Persnickety and her blind cousin, Humphrey Fitzwilliam Persnickety." That is a weird name to pick, Jonathan!

Favourite lines from The Double Life of Incorporate Things: "Firstly, let me say I am very glad to learn you're not dead. Secondly, I'm glad you're no longer a demon. Thirdly, I'm terribly sorry about all your wretched luck."

Sure a great series, and I'm really going to have to check out her other books! I just enjoyed them so much!

The Double Life of Incorporate Things: