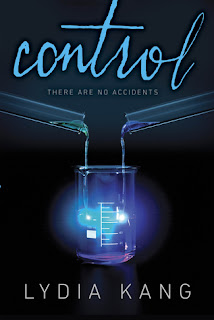 From Goodreads:
An un-putdownable thriller for fans of Uglies

When a crash kills their father and leaves them orphaned, Zel knows she needs to protect her sister, Dyl. But before Zel has a plan, Dyl is taken by strangers using bizarre sensory weapons, and Zel finds herself in a safe house for teens who aren’t like any she’s ever seen before—teens who shouldn't even exist. Using broken-down technology, her new friends’ peculiar gifts, and her own grit, Zel must find a way to get her sister back from the kidnappers who think a powerful secret is encoded in Dyl’s DNA.

A spiraling, intense, romantic story set in 2150—in a world of automatic cars, nightclubs with auditory ecstasy drugs, and guys with four arms—this is about the human genetic “mistakes” that society wants to forget, and the way that outcasts can turn out to be heroes.

Why the time hasn't come yet...
I have no idea! It looks like a really fantastic book! I hope to read it soon! What about you guys? Happy reading!
Posted by Louisa @ Words I Write Crazy at 6:00 AM