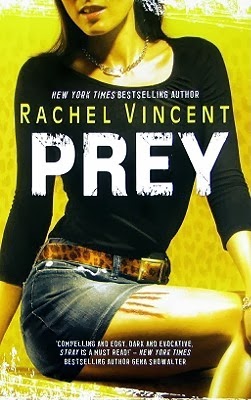 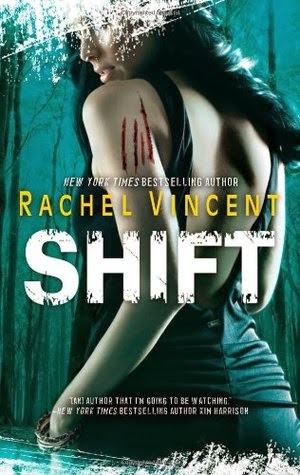 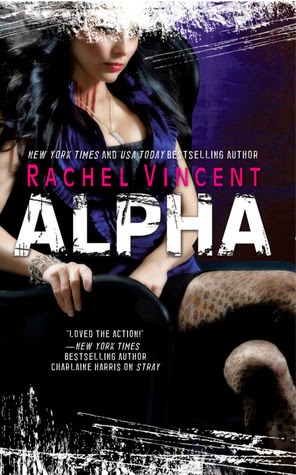 From Goodreads:
A battle is coming, and Faythe will not allow the Pride to become prey...Faythe has finally come to accept that she will someday be Alpha of the Pride, and she is hell-bent on changing the sexist Tribal Council from the inside. But first she must ensure that there will still be a Pride left to lead. Her father's role as Alpha is at risk, as is his control over the territory they all love. At the same time, Faythe's exiled boyfriend is under attack from rogues somehow connected to the political schemes of the tribal council. With her world collapsing around her, Faythe must fight to keep her friends and family together, as their enemies conspire against them.

From Goodreads:
Being the first female werecat enforcer isn't easy. Scars accumulate, but I'm stronger in so many ways.

As for my personal life? It's complicated. Choices worth making always are. Ever since my brother's death and my father's impeachment, it's all I can do to prevent more blood from spilling. Now our Pride is under attack by a flight of vicious thunderbirds. And making peace with our new enemies may be the only way to get the best of our old foe.


With the body count rising and treachery everywhere, my instincts tell me to look before I leap. But sometimes a leap of faith is the only real option...

From Goodreads:
The unscrupulous new Council chair has charged Jace, Marc and me with trespassing, kidnapping, murder and treason. Yeah, we've been busy. But now it's time to take justice into our own hands. We must avenge my brother's death and carve out the rot at the heart of the Council.
It's not going to be easy, and loss seems unavoidable, but I have promised to protect my Pride, no matter what. With a target on my back and Marc at my side, I'm heading for a final showdown that can—that will—change everything forever. A showdown I'm not sure I'm ready for.


But life never waits until you're ready.

My first review of Prey, Shift, Alpha
My Review:
Oh, my, what great books! I mean, so much happens, from Marc being missing, Kaci's life under threat from the thunderbirds, to her dad dying and Faythe having to take over the leadership of her Pride. While under attack. Not fun!

I loved all that went on, even if it broke my heart, like Ethan's death, and then his girlfriend being pregnant, to having her choose between Marc and Jace, which was a heartbreak in and of itself, and so much more, because again, these 3 books were just jammed pack with so many events, that year was just a tumultuous one for the werecats!

I felt really bad for Faythe, all the personal tragedies for her family, and how she doesn't totally get a chance to grieve, because the reason why they were dead wasn't over, and grief would have to wait until they were done with the problem. Which is a sad way to live life, so Faythe fought for the chance for a better life.

Yeah, I absolutely loved rereading these books, they were so freaking great, and now I want more!!!