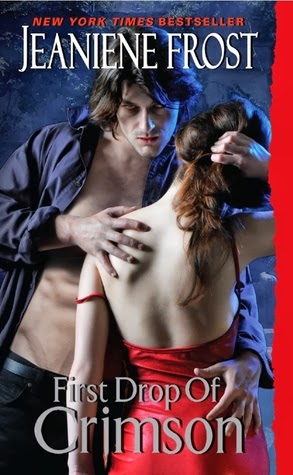 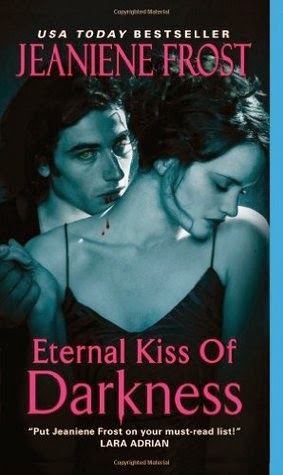 From Goodreads:
The night is not safe for mortals. Denise MacGregor knows all too well what lurks in the shadows--her best friend is half-vampire Cat Crawfield--and she has already lost more than the average human could bear. But her family's past is wrapped in secrets and shrouded in darkness--and a demon shapeshifter has marked Denise as prey. Now her survival depends on an immortal who lusts for a taste of her.

He is Spade, a powerful, mysterious vampire who has walked the earth for centuries and is now duty-bound to protect this endangered, alluring human--even if it means destroying his own kind. Denise may arouse his deepest hungers, but Spade knows he must fight his urge to have her as they face the nightmare together . . .

Because once the first crimson drop falls, they will both be lost.

From Goodreads:
An immortal war has been brewing in the darkness . . . And now one woman has stumbled into the shadows.

Chicago private investigator Kira Graceling should have just kept on walking. But her sense of duty refused to let her ignore the moans of pain coming from inside a warehouse just before dawn. Suddenly she finds herself in a world she's only imagined in her worst nightmares.

At the center is Mencheres, a breathtaking Master vampire who thought he'd seen it all. Then Kira appears, this fearless, beautiful . . . human who braved death to rescue him. Though he burns for her, keeping Kira in his world means risking her life. Yet sending her away is unthinkable.

But with danger closing in, Mencheres must choose either the woman he craves, or embracing the darkest magic to defeat an enemy bent on his eternal destruction.

My first review of First Drop of Crimson, Eternal Kiss of Darkness
My Review:
Oh, loved rereading these books! They were so good, and I know what's going to happen next, but I still wanted to go on the journey to get there, because these books, yeah, it was an incredible journey, we got to be with these characters, and yeah, like, what more could you ask?

Loved these characters, because they've been in the main Night Huntress series a few times, and they added something when they were there, they were friends, and family, and while Kira is a stranger until her book, yeah, she was spectacular!

Loved the bad guys, a demon, which is a species that wasn't really mentioned all that often, just once or twice, and this was the first mention, really, being a big bad, and yeah, I really enjoyed that, because hello, learning more about this world? Sign me up!!!

Then the uncle of Mencheres, and yeah, I enjoyed that, getting to know his family, and how things were done there, because yeah, it didn't quite make sense to me, shouldn't it be, father is made vampire after he becomes a father, once his son has a wife, and a son, then he becomes a vampire and rules, vs the impression I got was, guy becomes vampire, then his wife's son becomes the next vampire ruler, and yeah, that didn't make much sense to me, so I hope that it's the former!

Yeah, I really enjoyed these books, and yeah, can't wait to reread more!!!!