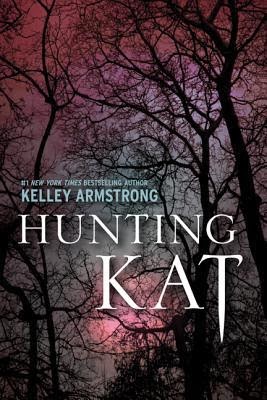 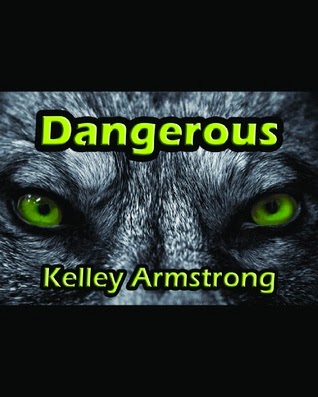 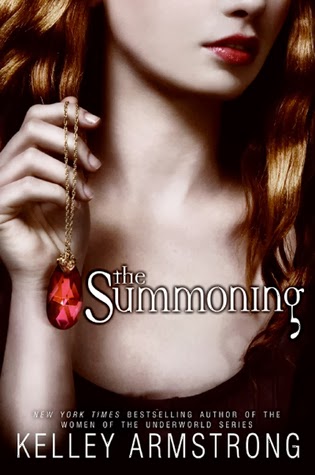 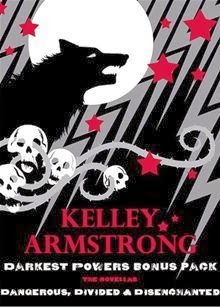 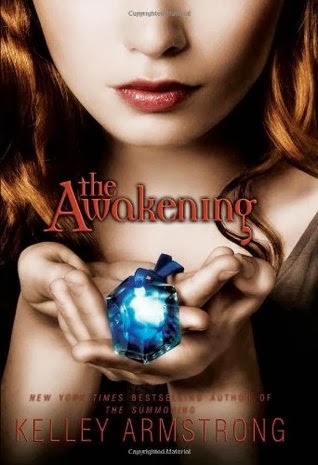 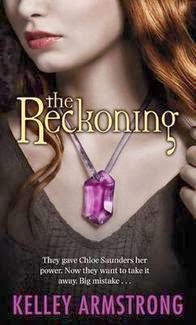 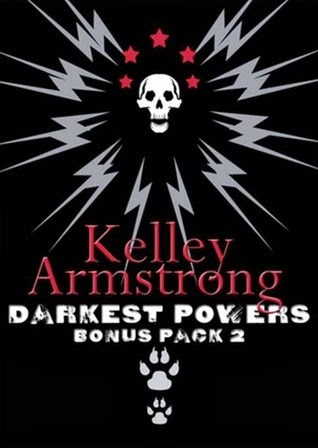 From Goodreads:
Kat is a sixteen-year-old vampire, and she's not too happy about it. After an experiment-gone-wrong and a bullet to the heart, she now hungers for human blood, and the worst part about that is the guilt. But guilt isn't the only thing stressing her. Kat is being hunted by the Edison Group, a dangerous Cabal that is responsible for her undead state. Kat is running out of places to hide, and she has no one to turn to—until she meets Chad and Neil. They're on the run like she is, and they offer to help Kat against their common enemy. But the boys aren't all that they seem, and for Kat, deciding whether to trust them may be a matter of life or death.

Set in the world of Kelley Armstrong's New York Times bestselling Darkest Powers and Darkness Rising series, "Hunting Kat" will leave you on the edge of your seat and thirsting for more.

From Goodreads:
How Derek and Simon’s dad disappeared and they ended up at Lyle House.

From Goodreads:
My name is Chloe Saunders and my life will never be the same again.

All I wanted was to make friends, meet boys, and keep on being ordinary. I don't even know what that means anymore. It all started on the day that I saw my first ghost - and the ghost saw me.

Now there are ghosts everywhere and they won't leave me alone. To top it all off, I somehow got myself locked up in Lyle House, a "special home" for troubled teens. Yet the home isn't what it seems. Don't tell anyone, but I think there might be more to my housemates than meets the eye. The question is, whose side are they on? it's up to me to figure out the dangerous secrets behind Lyle House...before its skeletons come back to haunt me.

From Goodreads:
"..the story filled in exactly the portion from where Derek left Chloe to when he found her again."

From Goodreads:
Chloe Saunders is on the run
and raising hell. Literally.

Chloe Saunders is not your average supernatural teenager. Genetically altered at birth by a sinister team of scientists, she can barely control her terrifying powers. Now the team that created her has decided it's time to end the experiment. Permanently.


Now Chloe is running for her life along with a charming sorcerer, a troubled werewolf and a temperamental young witch. Together they have a chance for freedom - but can Chloe trust her new friends?

From Goodreads:
This e-serial is the story of Tory & Simon after Chloe & Derek got off the bus.

From Goodreads:
Chloe Saunders is fifteen and would love to be normal. Unfortunately, Chloe happens to be a genetically engineered necromancer who can raise the dead without even trying. She and her equally gifted (or should that be 'cursed'?) friends are now running for their lives from the evil corporation that created them.

As if that's not enough, Chloe is struggling with her feelings for Simon, a sweet-tempered sorcerer, and his brother Derek, a not so sweet-tempered werewolf. And she has a horrible feeling she's leaning towards the werewolf...

From Goodreads:
The Summoning
The Darkest Powers Series, Book I

After years of frequent moves following her mother’s death, Chloe Saunders’s life is finally settling down. She is attending art school, pursuing her dreams of becoming a director, making friends, meeting boys. Her biggest concern is that she’s not developing as fast as her friends are. But when puberty does hit, it brings more than hormone surges. Chloe starts seeing ghosts–everywhere, demanding her attention. After she suffers a breakdown, her devoted aunt Lauren gets her into a highly recommended group home.

At first, Lyle House seems a pretty okay place, except for Chloe’s small problem of fearing she might be facing a lifetime of mental illness. But as she gradually gets to know the other kids at the home–charming Simon and his ominous, unsmiling brother Derek, obnoxious Tori, and Rae, who has a “thing” for fire–Chloe begins to realize that there is something that binds them all together, and it isn’t your usual “problem kid” behaviour. And together they discover that Lyle House is not your usual group home either…

Book II in the Darkest Powers trilogy takes us deeper into a world where the supernatural intrudes on the everyday with riveting effect.

If you had met me a few weeks ago, you probably would have described me as an average teenage girl – someone normal. Now my life has changed forever and I’m as far away from normal as it gets. A living science experiment – not only can I see ghosts, but I was genetically altered by a group of people who call themselves The Edison Group. What does that mean? For starters, I’m a teenage necromancer whose powers are out of control: I raise the dead without even trying. Trust me, that is not a power you want to have. Ever.

I’m running for my life with three of my supernatural friends – a charming sorcerer, a cynical werewolf, and a disgruntled witch – and we have to find someone who can help us gain our freedom back before The Edison Group finds us first. Or die trying.

Only two weeks ago, life was all too predictable. But that was before I saw my first ghost. Now along with my supernatural friends Tori, Derek, and Simon, I'm on the run from the Edison Group, which genetically altered us as part of their sinister experiment. We're hiding in a safe house that might not be as safe as it seems. We'll be gone soon anyway, back to rescue those we'd left behind and take out the Edison Group . . . or so we hope.

From Goodreads:
A novella that takes place after the events in The Reckoning. Written in Derek's POV.

From Goodreads:
Tori finds out the truth about her father. When she learns that Chloe already knew and kept it from her, she runs away to avoid discussing her feelings. Chloe follows her, but ends up following an impostor.

My Review:
Oh, man, loved reading this half of the series in one big go, in the order that they were supposed to be, with all the details of the series, and then just enriched the whole series, because all of it, yeah, just so freaking good!!!

Loved Derek, and Chloe's relationship,, because yeah, it was pretty darn great, how it started off pretty confrontational, and people who'll work together for the same cause, but don't really like each other, and then slowly grew over the books, with her helping with his changes, until yeah, they discovered that they were in love, and that was pretty awesome!!!

And Simon, and Tori, and all the other characters, and how they were all unique, and yeah, they were in the same universe as the Women of the Otherworld, but these are teens, and they've been experimented on to make their powers more easily hidden, but sometimes, it did the opposite, and made more powerful, uncontrollable powers, like Chloe, and the scene at the graveyard, and how many ghosts she raised, how many zombies she created, and her guide Margaret, just didn't listen to Chloe, that was fun.

Yeah, I absolutely loved these books, and yeah, can't wait to reread more!!!