Week 8 Reviews: Devil to Pay, Destined for an Early Grave 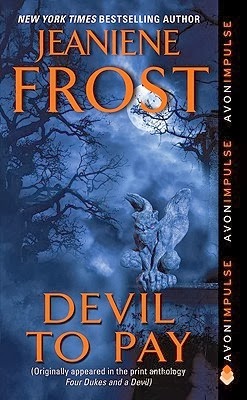 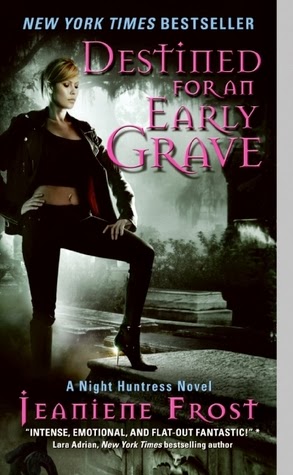 From Goodreads:
Blake Turner had it all until a demon decided to take residence in his soul. Plagued with constant black outs and a trail of dead bodies in his wake, Blake thinks vampire Elise is his best chance at ending the nightmare. It's just too bad he's fallen in love with the gorgeous vamp right before he has to die.

From Goodreads:
Her deadly dreams leave her in grave danger

Since half-vampire Cat Crawfield and her undead lover Bones met six years ago, they've fought against the rogue undead, battled a vengeful Master vampire, and pledged their devotion with a blood bond. Now it's time for a vacation. But their hopes for a perfect Paris holiday are dashed when Cat awakes one night in terror. She's having visions of a vampire named Gregor who's more powerful than Bones and has ties to her past that even Cat herself didn't know about.

Gregor believes Cat is his and he won't stop until he has her. As the battle begins between the vamp who haunts her nightmares and the one who holds her heart, only Cat can break Gregor's hold over her. She'll need all the power she can summon in order to bring down the baddest bloodsucker she's ever faced . . . even if getting that power will result in an early grave.

My first review of Destined for an Early Grave
My Review:
Oh, I loved reading these stories, because they were freaking amazing! Because Cat and Bones were in both of them, abeit in a shorter manner in the short story, because of what the demon says to Cat, yeah. But Mencheres does play a pretty big role in that story, because a) he's the maker of Elise, and b) he's the one who they go to for help, and he does, and yeah.

I really hated Gregor. First of all, he's a scheming, manipulative bastard, what he did to her mom and grandparents (though I liked the quick look of what life was before the series, and the first time that Cat found out that she was half vampire) And then how he treats her? There's the whole, make her feel like a princess, but he wants to use Cat, and yeah, that was just unacceptable. And that he causes them to separate for a big, having a big fight? And that in the battle, he cheats? He was just despicable!

It was sad to read while they were not together, that they had fought and broken up, because she was technically already married? Not cool, because of Gregor, and the time that she spent under the garbage dump was...pleasant. But she did spend some time with Vlad, and that was pretty good!

Cat becomes a full vampire in this, and yeah, that was just like Cat, because of course she has to be different, and crave the blood of vampires, not humans, and she absorbs the power of said vampires, and can display said powers? Yeah, that's Cat!

I loved this book, loved the ending, and yeah, I can't wait to reread more!!!

Destined for an Early Grave: