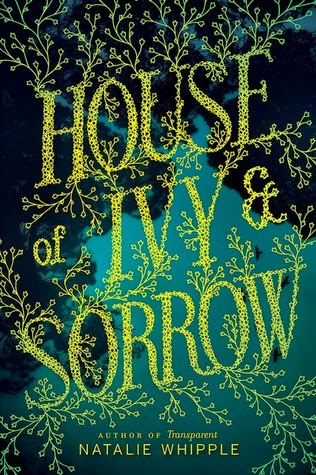 From Goodreads:
Josephine Hemlock has spent the last 10 years hiding from the Curse that killed her mother. But when a mysterious man arrives at her ivy-covered, magic-fortified home, it’s clear her mother’s killer has finally come to destroy the rest of the Hemlock bloodline. Before Jo can even think about fighting back, she must figure out who she’s fighting in the first place. The more truth Jo uncovers, the deeper she falls into witchcraft darker than she ever imagined. Trapped and running out of time, she begins to wonder if the very Curse that killed her mother is the only way to save everyone she loves.

My Review:
Oh, my, what an imaginative, creative, and creepy world found in this book! That all magic is dark, it's a matter of whether you control the dark, or it controls you and eats your soul. And that it requires sacrifices, from a pinch, from self inflicting nail pulling (that was what me cringe the most, since it happened 3 times in this book!)  or teeth pulling, bits of flesh, to cutting off limbs. Yeah.

While the magic totally sent shivers up my spine, it was really interesting, too, that all witches are female (or are they? Which is a very important plot point, dealing with that fact and it's truthfulness)  or how magic can be stored for a time in bodies, but it comes from spaces, and witches claim them. Very interesting!

Really enjoyed the romance, and how she had to keep the fact of her magic away from everyone she knew, and then how his family is living in the house that her great to x amount aunt built, on another magic spot, really close to the one she and her grandmother live at. Yeah.

Loved the spell that she did in the end, even with all the sacrifices it required, it was awesome magic, and how it solved their problem, it was quite smart, and it was a much better path to go down then the one that she almost did!

I loved this book so much, and can't wait to read more by Natalie Whipple, though I wouldn't mind a companion novel to this book, about one or both of her best friends!