Week 22 Review: The Body in the Woods 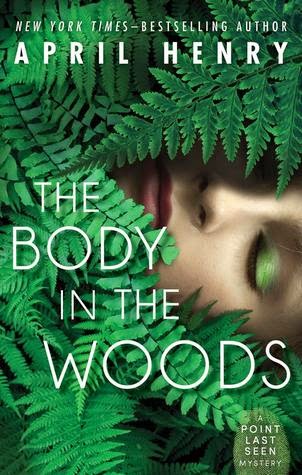 From Goodreads:
In this new series told from multiple perspectives, teen members of a search and rescue team discover a dead body in the woods.

Alexis, Nick, and Ruby have very different backgrounds: Alexis has spent her life covering for her mom's mental illness, Nick's bravado hides his fear of not being good enough, and Ruby just wants to pursue her eccentric interests in a world that doesn't understand her. When the three teens join Portland County Sheriff's Search and Rescue, they are teamed up to search for a autistic man lost in the woods. What they find instead is a dead body. In a friendship that will be forged in danger, fear, and courage, the three team up to find the girl's killer—before he can strike one of their own.

My Review:
I loved this book! It had an kick ass mystery plot line, and a personal plotline of how people's relationships are to their families, tradition and otherwise, Alexis with her single mom who has a mental condition, Nick with a single mom and older brother with a dad that died in a war over in the Middle East, and Ruby, with 2 parents working as doctors. It was also a bit about finding your place in your family.

I really enjoyed all the POV's, however long and short, of the 3 people who become friends over this book, and the killer, and at least of from a victim. It just added to the mystery, because we have more details, but not ones that will help till the end, where you can go, oh, that how that fits in!

I really identify with Ruby, because I'm a lot like that, though not as smart, and I have much broader and at least 1 thing that is more encompassing then Ruby's-books-and I do have some of those roles, though I don't intentionally play them, my mom says I can be 3 or 30. Yeah.

Loved who the bad guy turned out to be, because it was pretty much totally unexpected, except that it was one of the people that they ran into while doing the hasty search, and that it had to be one of those people because they discovered the body not long after she was murdered, and yeah.