Week 22 Review: How to Date a Nerd 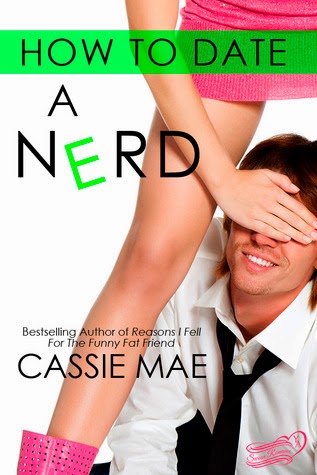 From Goodreads:
Zoe has a great pair of legs, perky boobs, and wears exactly what she needs to show it all off. She works hard for the easy sleazy 'you only wish you were me' reputation, burying who she really is—an all-out nerd.

The only time Zoe gets to be herself is when she hides under her comforter to read X-Men comics, sending jealousy stabs at everyone who attends Comic-Con. Keeping up her popular rep is too important, and she's so damn insecure to care about the consequences. But when Zoe's sister takes her car for a 'crash and burn into a tree' joyride, her parents get her a replacement. A manual. Something she doesn’t know how to operate, but her next door neighbor Zak sure as heck does.

Zak's a geek to the core, shunned by everyone in school for playing Dungeons and Dragons at lunch and wearing "Use the Force" t-shirts. And Zoe's got it bad for the boy. Only Zak doesn't want Popular Zoe. He wants Geek Zoe.

She has to shove her insecurities and the fear of dropping a few rungs on the social ladder aside to prove to Zak who she really is and who she wants to be… if she can figure it out herself.

My Review:
This was just such a nice, sweet book! It reminded me of The Summer I Became a Nerd, of a girl who is popular, and hides her non-popular aspects, falls in love with a nerd, and things change, for the better or the worse, though it's usually worse, then better!

I enjoyed their romance, it was nice and sweet, and while Zoe made some mistakes, to keep her popularity, her reputation, intact, well, they still worked well together, and yeah, I just really enjoyed their relationships, the ups and the downs, because it was really good!!!

Separately, this was just full of great characters! Because Zak was sweet and cute, enjoyable, and himself, he didn't change himself so that he could be popular, he was himself, and withstanding that kind of peer pressure, that takes a strong person!

Yeah, this was just a really great book, that I really enjoyed!