Week 40 Reviews: On the Edge, Light of Day 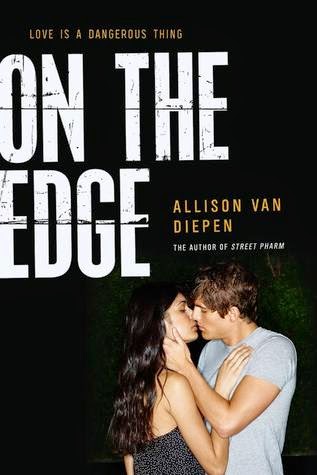 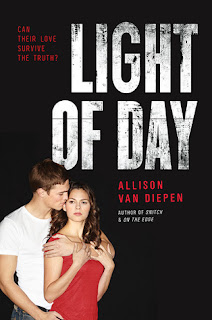 From Goodreads:
From Allison van Diepen, author of Snitch and Street Pharm, comes a sexy, dangerous novel about a teen who witnesses a murder and gets caught up in the seedy world of Miami's gangs.

Maddie Diaz never should have taken that shortcut through the park. If she hadn't, she wouldn't have seen two members of the Reyes gang attacking a homeless man. Now, as the only witness, she knows there's a target on her back.

But when the Reyes jump her on the street, Maddie is protected by a second gang and their secretive leader, Lobo, who is determined to take down the Reyes himself. Lobo is mysterious and passionate, and Maddie begins to fall for him. But when they live this close to the edge, can their love survive?

On the Edge is a compelling story about fighting for what's right and figuring out where you belong. The novel showcases a gritty, realistic voice and earth–shattering romance that will intrigue readers of Simone Elkeles and Paul Griffin and captivate fans of Allison van Diepen's other novels.

From Goodreads:
Like any other Saturday night, Gabby Perez and her best friend, Maria, are out dancing. But this isn't just another night. When a mysterious stranger warns Gabby their drinks have been drugged, she hurries Maria home. Sure enough, the next day, Maria can't remember a thing. Gabby's shaken by their close call. And she's not going to stay quiet about it.

She opens up the airwaves on her radio show and discovers an even worse truth: the guy who drugged them was going to force them into prostitution. Then Gabby's friend Bree never makes it home from a party, and Gabby fears the worst.

Gabby reaches out to the guy who saved her, the gorgeous stranger she knows only as X. As they dive into the seedy underworld of Miami, searching for Bree, they can't ignore their undeniable attraction. Until Gabby discovers the truth about who X really is and the danger that surrounds him. Can their love survive the light of day?

My Review:
Really awesome to read these books! I've enjoyed Allison Van Diepen's books before, and these were no exception, just awesome to read them! And the fact that they're companion books, both staring boys of the Destinos gang, well, yeah, that's awesome! And gives hope that there might be more books in this series!

For some reason, I didn't quite like almost all of the main characters. Both girls were just a tab bit over the top, though it was really awesome that they were both in some kind of communication outlet, Maddie newspaper, Gabbie radio. And Lobo was a little too perfect, you know? His flaw was that he was too perfect!

One big topic of these books, is the forced prostitution of girls. Girls who are lured with false promises, drugged up and used, or girls who are kidnapped, and treated horribly. So the Destinos group had a really good reason for being-freeing those girls!

The ending of both these books were pretty satisfying. Not totally for Light of Day, since one of the bad guys was thought to be a victim, but what was wanted, was taken away, so that was good enough! And to have X and Lobo to make their peace, that was really great!

Pretty darned awesome to read these books, and I just enjoyed them a lot, and I would love to have more books of the other boys and the girls (and who knows, maybe guys!) that they fall in love with!