Week 34 Reviews:
These Things I've Done
A Deeper Darkness
Edge of Black
When Shadows Fall
What Lies Behind
The Mystery of Hollow Places
The Good Daughter
How to Disappear
The Becoming of Noah Shaw
Body Parts
If There's No Tomorrow
Ringer

OK, so I got 32 posts in 7 days, and I wish that was more, because that would've meant more reviews written and more books read, but oh, well, pretty decent week! What about you guys? Happy reading! 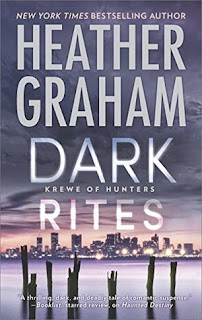 The witches, they are real...

A series of bizarre assaults is mystifying Boston police: an unknown attacker is viciously beating random strangers and leaving a note quoting an old warning about witchcraft. History professor Alex Maple was one of the victims, and now he's gone missing. Vickie Preston is certain that someone has taken her friend for malicious purposes. She's having blood-drenched visions that seem to be staining her waking life, and the escalating attacks suggest that a dangerous cult is at work behind the scenes—a cult so powerful that its members would rather die than be apprehended.

Vickie is grateful to have Special Agent Griffin Pryce and the FBI's elite Krewe of Hunters on her side. Vickie and Griffin are finding their way in an increasingly passionate relationship, and he's keeping her safe and sane amid the disturbing investigation. The search for Alex will take them deep into the wilderness of Massachusetts on the trail of a serial killer, where an ancient evil is waking. 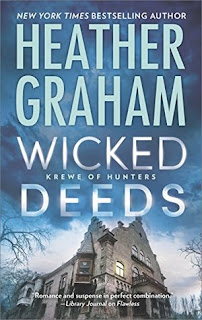 Eager to start their life together, historian Vickie Preston and Special Agent Griffin Pryce take a detour en route to their new home in Virginia and stop for a visit in Baltimore. But their romantic weekend is interrupted when a popular author is found dead in the basement of an Edgar Allan Poe-themed restaurant. Because of the mysterious circumstances surrounding the corpse, the FBI's Krewe of Hunters paranormal team is invited to investigate. As more bizarre deaths occur, Vickie and Griffin are drawn into a case that has disturbing echoes of Poe's great works, bringing the horrors of his fiction to life.

The restaurant is headquarters to scholars and fans, and any of them could be a merciless killer. Except there's also something reaching out from beyond the grave. The late, great Edgar Allan Poe himself is appearing to Vickie in dreams and visions with cryptic information about the murders. Unless they can uncover whose twisted mind is orchestrating the dramatic re-creations, Vickie and Griffin's future as a couple might never begin... 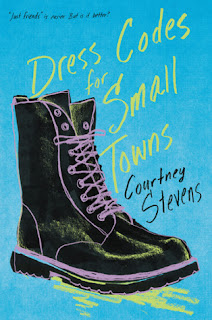 As the tomboy daughter of the town's preacher, Billie McCaffrey has always struggled with fitting the mold of what everyone says she should be. She'd rather wear sweats, build furniture, and get into trouble with her solid group of friends: Woods, Mash, Davey, Fifty, and Janie Lee.

Always considered "one of the guys," Billie doesn’t want anyone slapping a label on her sexuality before she can understand it herself. So she keeps her conflicting feelings to herself, for fear of ruining the group dynamic. Except it's not just about keeping the peace, it's about understanding love on her terms—this thing that has always been defined as a boy and a girl falling in love and living happily ever after. For Billie—a box-defying dynamo—it's not that simple.

Readers will be drawn to Billie as she comes to terms with the gray areas of love, gender, and friendship, in this John Hughes-esque exploration of sexual fluidity. 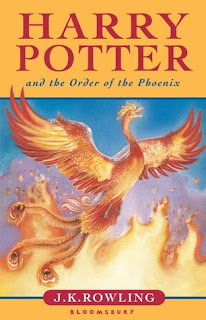 Harry Potter is due to start his fifth year at Hogwarts School of Witchcraft and Wizardry. His best friends Ron and Hermione have been very secretive all summer and he is desperate to get back to school and find out what has been going on. However, what Harry discovers is far more devastating than he could ever have expected... 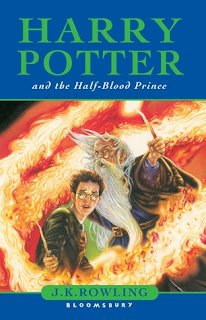 It is the middle of the summer, but there is an unseasonal mist pressing against the windowpanes. Harry Potter is waiting nervously in his bedroom at the Dursleys' house in Privet Drive for a visit from Professor Dumbledore himself. One of the last times he saw the Headmaster was in a fierce one-to-one duel with Lord Voldemort, and Harry can't quite believe that Professor Dumbledore will actually appear at the Dursleys' of all places. Why is the Professor coming to visit him now? What is it that cannot wait until Harry returns to Hogwarts in a few weeks' time? Harry's sixth year at Hogwarts has already got off to an unusual start, as the worlds of Muggle and magic start to intertwine... 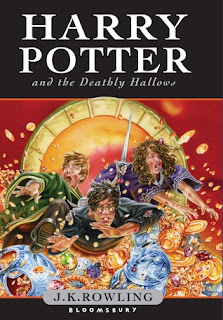 Harry is waiting in Privet Drive. The Order of the Phoenix is coming to escort him safely away without Voldemort and his supporters knowing - if they can. But what will Harry do then? How can he fulfill the momentous and seemingly impossible task that Professor Dumbledore has left him? 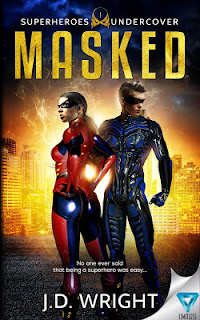 Vada Lawson can't wait to be a superhero. Born into a family with special powers, she's been training to fight criminals and villains her whole life. But her indoctrination into the underground super community is derailed when normals start breaking out in superpowers themselves.

Not trained to control their new abilities, the normals are frightened and vulnerable. Then their mutilated corpses begin turning up all over town. What the heck?

Somehow, with the help—and hindrance—of an annoying newly-minted super named Orion, Vada has to stop the chaos before it destroys her and everything she holds dear…and ruins her superhero debut.

No one ever said that being a superhero was easy…
Posted by Louisa @ Words I Write Crazy at 6:00 AM