Week 51 Reviews:
The Darkest Captive
The Similars
This Scot of Mine
Crucible
Valkyrie Symptoms
Valkyrie Rising
No Good Deed

OK, so I got 18 posts in 7 days, and yeah, I'm pretty happy with this week, I'm catching up with stuff! And probably starting end of year things shortly, yeah! What about you guys? Happy reading!

So this week I want to read Belly Up, Down Time, Lucky Day, Career Day, Neutral Mask, Blood Boy, I Hunt Killers, Game, and Blood of My Blood. 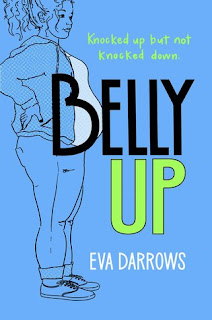 There's a first time for everything.

First totally hot consensual truck hookup with a superhot boy whose digits I forgot to get.

Surprised you with that one, didn't I?

Surprised me, too. I’d planned to spend senior year with my bestie-slash-wifey, Devi Abrams, graduating at the top of my class and getting into an Ivy League college. Instead, Mom and I are moving in with my battle-ax of a grandmother and I'm about to start a new school and a whole new life.

Know what's more fun than being the new girl for your senior year? Being the pregnant new girl. It isn't awesome. There is one upside, though—a boy named Leaf Leon. He's cute, an amazing cook and he’s flirting me up, hard-core. Too bad I'm knocked up with a stranger's baby. I should probably mention that to him at some point.

It seems I've got a lot more firsts to go. 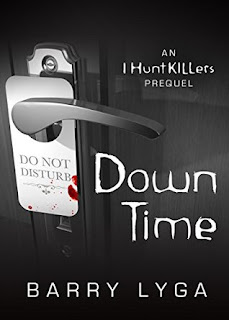 Billy Dent is the world's most notorious serial killer, but even killers need to go on vacation sometimes. When a mysterious death occurs in the hotel where Billy is staying, his "job" seems to call. Will his vacation truly be down time for him after all?

In this prequel novella to the I Hunt Killers trilogy, bestselling author Barry Lyga crafts a creepy, intricately plotted mystery. 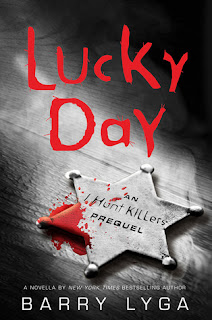 This is the story of the small town sheriff who captured one of the world's most ruthless and cunning murderers.

It all started with Dead Girl #1 and Dead Girl #2, the first killings in the sleepy town of Lobo's Nod in decades. Two murders: just a coincidence, or something more sinister? One thing's for sure -- it was definitely inconvenient in a year when Sheriff G. William Tanner, a mourning widower, had to run for reelection.

With a trail gone cold, it's only luck that links the murders to the most notorious serial killer in memory. And in a town like Lobo's Nod, the killer must be someone Tanner already knows.... 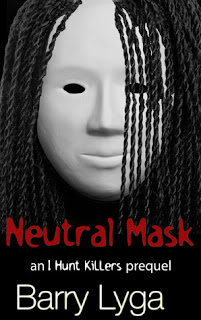 Connie is the new girl in town, but she already has friends...and maybe even a boyfriend. Her father isn't happy that Connie is dating a white boy like Jasper Dent, and things get even worse when she realizes that Jasper is the son of Billy Dent, one of the world's most notorious serial killers! This is the story of how Connie and Jazz overcame their early troubles and fell in love. 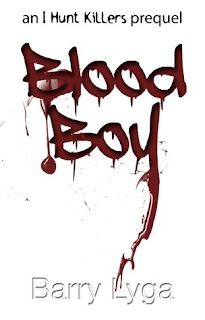 Fan-favorite character Howie Gersten — Jazz Dent’s hemophiliac best friend from the I HUNT KILLERS series — finally gets a story all his own! Set one year before the events of the series, "Blood Boy" takes you inside Howie's hilariously twisted mind for one night only. Enjoy Halloween as only Howie can, learn more about his relationship with Jazz and Connie…and discover exactly what it is he's keeping a secret from both of them. 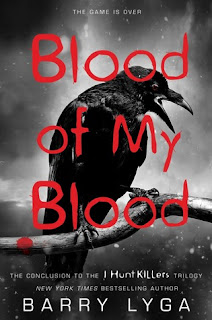 Jazz Dent has never been closer to catching his father.

Jazz has been shot and left to die in New York. His girlfriend, Connie, is in the clutches of Jazz's monstrous father, Billy--the world's most notorious serial killer. And his best friend, Howie, is bleeding to death on the floor of Jazz's new home.

Somehow, these three must rise above the horrors and find a way to come together in pursuit of Billy.

But then Jazz crosses a line he's never crossed before, and soon the entire country is wondering: "Like father, like son? Who is the true monster?"

From New York City to the small town of Lobo's Nod, the chase is on, and this time, Jazz is the hunted, not the hunter--while Billy Dent lurks in the shadows.

And beyond Billy? Something much, much worse. Prepare to meet...the Crow King.

From acclaimed author Barry Lyga comes the shocking conclusion to the bestselling I Hunt Killer trilogy.
Posted by Louisa @ Words I Write Crazy at 6:00 AM