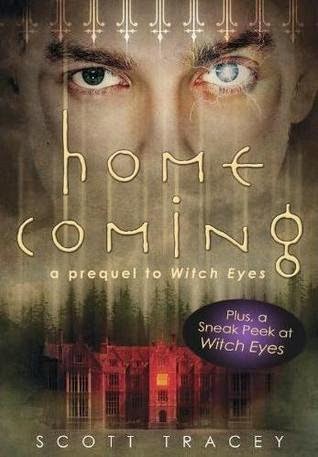 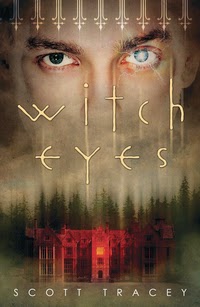 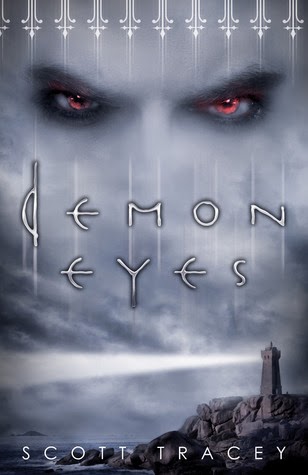 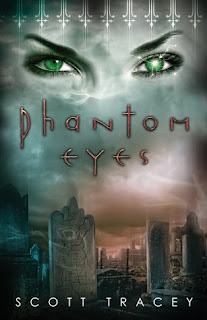 From Goodreads:
When it comes to making friends, witch-in-training Braden is no rock star. But he gets more than he bargained for when one little charisma spell goes disastrously wrong at the social event of the season.

From Goodreads:
Braden was born with witch eyes: the ability to see the world as it truly is: a blinding explosion of memories, darkness, and magic. The power enables Braden to see through spells and lies, but at the cost of horrible pain.

After a terrifying vision reveals imminent danger for the uncle who raised and instructed him, Braden retreats to Belle Dam, an old city divided by two feuding witch dynasties. As rival family heads Catherine Lansing and Jason Thorpe desperately try to use Braden's powers to unlock Belle Dam's secrets, Braden vows never to become their sacrificial pawn. But everything changes when Braden learns that Jason is his father--and Trey, the enigmatic guy he's falling for, is Catherine's son.

To stop an insidious dark magic from consuming the town, Braden must master his gift—and risk losing the one he loves.

From Goodreads:
Demons don't die without a fight...

After destroying the demon Lucien, Braden—son of Belle Dam's most powerful warlock, Jason Thorpe—doesn't need the power of his witch eyes to see that everything in his life is turning against him: friends, family, and even his visions. When disturbing nightmares of Lucien’s return haunt him, Braden discovers that the simmering feud between the city's two witch dynasties is fast approaching its explosive boiling point.

While struggling to come to terms with his attraction to Trey, Catherine Lansing's son who should be his mortal enemy, a diabolical plan starts to unveil before Braden's eyes. Young women are disappearing from Belle Dam, and as he investigates, Braden is forced to explore the dangerous unknown power within himself. But when the truth about his family is revealed, Braden must pay a terrible price.

From Goodreads:
Every child in Belle Dam is taught about the feud from an early age. There are 'our' people and 'their' people. Friends and enemies. Associates and strangers. It's the kind of town where eyes are always watching, and you don't need a reason to sell out your neighbours.

But the feud is a lie. As a new wave of fury sweeps through the town, creating a third front to an already overtaxed war, Braden has been broken worse than ever. His innocence? Shattered. His heart? Crushed. His magic? Gone. His new life? Ruined. And this is only the beginning.

Beneath the city lay deep wellsprings of power. The one who controls them is the one who will win the feud. In a city filled with puppet masters, Braden must elude their strings and end the feud once and for all. But first, he must outsmart his father, evade Catherine's dark magic, regain what was stolen from him, trick a phantom who refuses to die, and foil a demon’s master plan.

Even then, he may not survive. Because power is a problem, and victory comes with a cost…

My Review:
Oh, loved these books! I loved the stories, the humour, the characters, the world, it was just so good for me, and then everything happens, and yeah, I just can't stop thinking about it, because yeah, there's Braden, and there's the feud, and there's Trey, and yeah, it gets so complicated!

I loved Braden, he was just chalk full of teenage humour, and wit, and yeah, the fact that his Uncle John was, too, in his 40's, well, yeah, there was some problems there, but then, most of these books were focused on the whole Witch Eye power thing, and Grace.

Loved the romance, and all the conflict, because it's a modern day Romeo and Juliet, and modern as in now, and actually open mindness about who someone loves, whether or not they were of the same sex or not, and yeah, it's great to see some more diversity in YA books!

I just loved how the series ended, how things wrapped up, and yeah, that was just one epic battle, because wow, what they were facing, that was just almost too much to bear, because it has been getting bigger throughout the series!

I loved these books, loved rereading the first 2, and yeah, can't wait to read his other series soon!