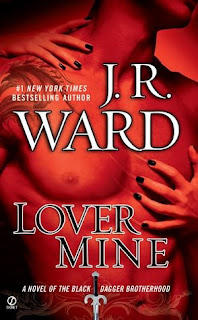 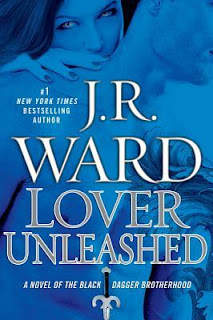 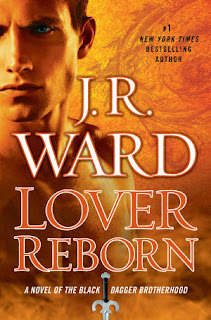 From Goodreads:
John Matthew has come a long way since he was found living among humans, his vampire nature unknown to himself and to those around him. After he was taken in by the Brotherhood, no one could guess what his true history was- or his true identity. Indeed, the fallen Brother Darius has returned, but with a different face and a very different destiny. As a vicious personal vendetta takes John into the heart of the war, he will need to call up on both who he is now and who he once was in order to face off against evil incarnate.


Xhex, a symphath assassin, has long steeled herself against the attraction between her and John Matthew. Having already lost one lover to madness, she will not allow the male of worth to fall prey to the darkness of her twisted life. When fate intervenes, however, the two discover that love, like destiny, is inevitable between soul mates.


Payne, twin sister of Vishous, is cut from the same dark, seductive cloth as her brother. Imprisoned for eons by their mother, the Scribe Virgin, she finally frees herself-only to face a devastating injury. Manuel Manello, M.D., is drafted by the Brotherhood to save her as only he can-but when the human surgeon and the vampire warrior meet, their two worlds collide in the face of their undeniable passion. With so much working against them, can love prove stronger than the birthright and the biology that separates them?

Ever since the death of his shellan, Tohrment has been a heartbroken shadow of the vampire leader he once was. Brought back to the Brotherhood by a self-serving fallen angel, he fights again with ruthless vengeance, unprepared for a new tragedy. Seeing his beloved in dreams—trapped in a cold, isolated netherworld—Tohr turns to the angel Lassiter to save his former mate. The only way to rescue her is for Tohr to love another. As war with the lessers rages, and a new clan of vampires vie for the Blind King's throne, Tohr struggles between an unforgettable past and a hot, passion-filled future. But can his heart let go and set all of them free?

My Review:
Oh, wow, these books were really awesome! We had a lot of lead-up to Lover Mine's story, John and Xhex have had narration time in a lot of the previous books. Lover Unleashed, well, we had a bit of Manny in Vichous and Jane's book, and Payne had a few in Lover Avenged and Mine. Lover Reborn, well, Tohr's had some narration since I think Lover Enshrined, whichever book Lassiter brought him back. Anyways.

Each of these couples were a really great pairing! I mean, we got to know them a lot more, vs. Ehlena in Lover Avenged. So that was really fantastic! Sure, they're tortured, and have had hard lives, but as John comes to realize, that's life, the only difference is the circumstances. Yeah.

With each book, we see more of this world. They face different threats-like Lash gets kicked out of the Lessers while at the same time having his physical form transform into what his dad is. That was creepy. There's the Band of Bastards, led by Payne and Vichous's brother. And while it's been mentioned in the glossary, there's never been a character who was a "wahlker." So that was really cool!

Having these couples come together, defying the obstacles in their way, was just incredible! I loved them finding happiness, not happily ever after, because the war is still going on and then there's some new enemies!

Really great books, really huge ones, so I'll probably take a break, but I can't wait to read more!