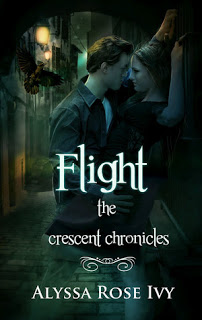 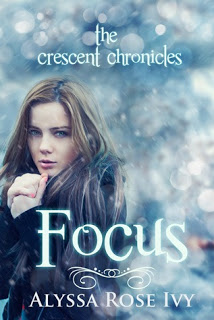 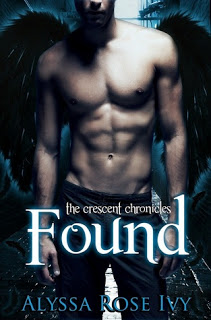 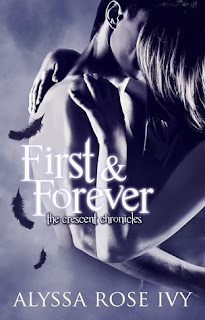 From Goodreads:
Sometimes you just have to take flight.

A summer in New Orleans is exactly what Allie needs before starting college. Accepting her dad's invitation to work at his hotel offers an escape from her ex-boyfriend and the chance to spend the summer with her best friend. Meeting a guy is the last thing on her mind—until she sees Levi.

Unable to resist the infuriating yet alluring Levi, Allie finds herself at the center of a supernatural society and forced to decide between following the path she has always trusted or saving a city that might just save her.


From Goodreads:
Freshman year of college is hard even when you're not tied to the future king of a supernatural society.

Allie dives into college head first with Hailey as her roommate and the city of New Orleans as her backyard. As things within The Society heat up, Allie realizes that whether she's with Levi or not, she's in far too deep to turn back.

From Goodreads:
Levi might be hot, strong, and have a cool set of wings, but it's not enough to make up for keeping Allie in the dark.

Allie's tired of being left with more questions than answers. She's tired of loving a guy who refuses to level with her. Most of all, she's tired of her life spinning out of control.

Desperate to save Jess no matter the personal cost, Allie has to face the possibility that the only one she can trust is herself.

From Goodreads:
Ever wonder what Levi was thinking in FLIGHT? Find out in the two Levi POV novellas FIRST & FOREVER. This combined edition includes both FIRST (previously released) and FOREVER, a brand new novella. This edition also includes the bonus short story: The Royal Wedding.

FIRST
Levi's got it all. He's a paranormal prince with more money and power than he knows what to do with, but something is missing—a mate. He only has until college graduation to find her. Allie's perfect but she wants nothing to do with him. When attraction becomes something more, will he take a chance and show her who he really is or will he lose everything?

Levi's almost out of time. Allie's the one, he knows it in every grain of his being, but how can he make her see it? Desperate to keep Allie safe and at his side, he takes the biggest risk of his life. Reckless or not there is nothing he wouldn't do to keep her with him... forever

My first review of Flight, Focus, Found
My Review:
I loved reading this series again, but with First & Forever, too, because it wasn't out /it didn't work out when I first read the series. So yeah, to read it all together was just the best! I just love having the full experience, all that the author's given us, you know?

The wold of the Pterons is just so fascinating! I'm so glad that there's the spin off series, because I want to explore it more! There was a good number of details that we got, but there is so much more, I know it! Given that there's all kinds of shifters, yeah, I need to have more!

Being in Levi's head, well, it kinda excused a bit of his asshole moves. I mean, there was a lot of pressure on him, the future king and all. But what I didn't realize was that First & Forever were both Levi's POV of Flight.

I enjoyed this series so, so much and I can't wait to read the spin off series!