Tours:
Mask Beneath Her Face: Review

So this week I want to read Beyond Reach, Deadly Décisions, Solider, The Traitor Prince, and The Wicked Deep. 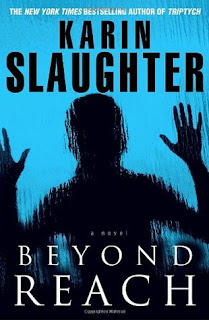 Now she returns to Grant county, Georgia where the lightning-fast plot, vivid forensic detail, and heart-stopping suspense will thrust readers into the darkest corners of their own imaginations — and push Slaughter to the top of the national bestseller lists.

Sara Linton—resident medical examiner/pediatrician in Grant County, Georgia — has plenty of hardship to deal with, including defending herself in a heartbreaking malpractice suit. So when her husband, Police chief Jeffery Tolliver, learns that his friend and coworker detective Lena Adams has been arrested for murder and needs Sara’s help, she is not sure she can handle the pressure of it all. But soon Sara an Jeffery are sitting through evidence, peeling back the layers of a mystery that grows darker by the day — until an intricate web of betrayal and vengeance begins to unravel. And suddenly the lives of Sara, Lena, and Jeffery are hanging by the slenderest of threads. 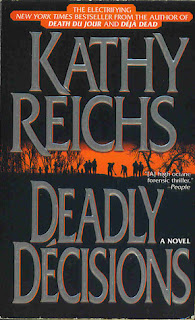 Nine-year-old Emily Anne Toussaint is fatally shot on a Montreal street. A North Carolina teenager disappears from her home, and parts of her skeleton are found hundreds of miles away. The shocking deaths propel Tempe Brennan from north to south, and deep into a shattering investigation inside the bizarre culture of outlaw motorcycle gangs -- where one misstep could bring disaster for herself or someone she loves. 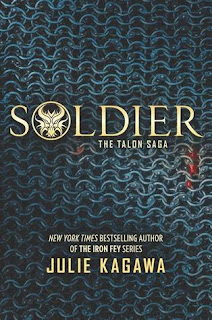 Forced to choose between becoming an assassin for the dragon organization Talon and being hunted forever as an outcast, Ember Hill now stands with Riley and his band of rogue dragons. She's lost contact with her twin brother, Dante, a Talon devotee, as well as Garret, the former enemy soldier who challenged her beliefs about her human side.

As Ember and Riley hide and regroup to fight another day, Garret journeys alone to the United Kingdom, birthplace of the ancient and secret Order of St. George, to spy on his former brothers and uncover deadly and shocking secrets--secrets that will shake the foundations of dragons and dragonslayers alike and place them all in imminent danger as Talon's new order rises. 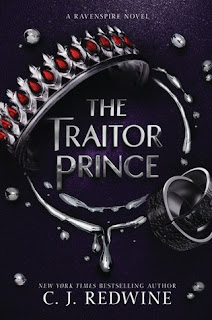 Javan Najafai, crown prince of Akram, has spent the last ten years at an elite boarding school, far away from his kingdom. But his eagerly awaited return home is cut short when a mysterious imposter takes his place—and no one believes Javan is the true prince.

After barely escaping the imposter's assassins, Javan is thrown into Maqbara, the kingdom's most dangerous prison. The only way to gain an audience with the king — and reveal Javan's identity — is to fight in Maqbara's yearly tournament. But winning is much harder than acing competitions at school, and soon Javan finds himself beset not just by the terrifying creatures in the arena, but also a band of prisoners allied against him, and even the warden herself.

The only person who can help him is Sajda, who has been enslaved by Maqbara's warden since she was a child, and whose guarded demeanor and powerful right hook keep the prisoners in check. Working with Sajda might be the only way Javan can escape alive — but she has dangerous secrets

Together, Javan and Sajda have to outwit the vicious warden, outfight the deadly creatures, and outlast the murderous prisoners intent on killing Javan. If they fail, they'll be trapped in Maqbara for good—and the secret Sajda's been hiding will bury them both. 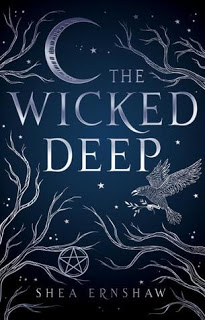 Hocus Pocus and Practical Magic meets the Salem Witch trials in this haunting story about three sisters on a quest for revenge—and how love may be the only thing powerful enough to stop them.

Welcome to the cursed town of Sparrow…

Where, two centuries ago, three sisters were sentenced to death for witchery. Stones were tied to their ankles and they were drowned in the deep waters surrounding the town.

Now, for a brief time each summer, the sisters return, stealing the bodies of three weak-hearted girls so that they may seek their revenge, luring boys into the harbor and pulling them under.

Like many locals, seventeen-year-old Penny Talbot has accepted the fate of the town. But this year, on the eve of the sisters’ return, a boy named Bo Carter arrives; unaware of the danger he has just stumbled into.

Mistrust and lies spread quickly through the salty, rain-soaked streets. The townspeople turn against one another. Penny and Bo suspect each other of hiding secrets. And death comes swiftly to those who cannot resist the call of the sisters.

But only Penny sees what others cannot. And she will be forced to choose: save Bo, or save herself.
Posted by Louisa @ Words I Write Crazy at 6:00 AM