Week 11 Review: Phantom of the Night 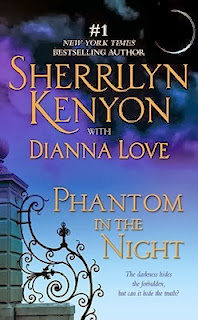 From Goodreads:
After losing her mother to a vigilante killer, Terri Mitchell has dedicated her life to justice. Working covertly as a new agent for the Bureau of American Defense agency, she’s consulting with the New Orleans Police Department to bust an organized crime ring suspected of funding terrorism. But when rumors surface of a phantom ghost terrorizing and killing the very people she’s investigating, she’s suspicious.

Nathan Drake has spent his life protecting his family, the only thing that matters to him...until the most feared drug lord in the southeast takes everything Nathan holds dear. Now he’s a man on a mission with nothing to lose. He figures he only needs to stay alive long enough to protect the innocent lives the killers are out to destroy. As Terri and Nathan seek their own brand of justice, they are drawn deep into an evil underbelly that cuts through all levels of society. Now two people who have no reason to trust must do so or die. And if they die, a deadly attack will be unleashed on thousands of innocent people...

My Review:
Oh, my did I love this book! It was so good, and a great mystery, even if things confused me, well, I'm not a officer of B.A.D., or a cop or an agent. My brain just likes mysteries. Yep. Plus, it had trademark snarkiness, romance, and awesome characters!!

I felt bad for Nathan. He gave up his freedom to go to jail in place of his twin brother, but when he gets out, he learns his brother died pretending to be Nathan, and just a while after their mom died. So life hasn't been kind to Nathan.

But it hasn't been kind to Terri, either, her mom being killed by a vigilante killer, thinking he was getting revenge on the death of his loved one, he shot the bed, and killed her mom. All she has left is her grandmother, who is getting old. But then they meet, and sparks fly!

I absolutely loved them as a couple, because they worked well together, and of course they were attracted to each other, and yeah, it was pretty intense. Plus dealing with the virus, from South America in the prologue just before he did the switch with his brother, to now, where it just might make it into the US.

Loved to hate the bad guys, who where so evil, and yet they believed in their cause, which was just awful. And that it was just a test? And how they used people, danced them around like puppeteers, well, yeah, I just hated them!

This was a great book, great part of the series, and I hope that one of the books has the Fratelli taken down!!!