OK, so I got 27 posts in 7 days, which is a pretty decent number, I read a good deal, and I had a pretty great week! What about you guys? Happy reading!

So this week I want to read Blackmail Boyfriend, The Drowning God. 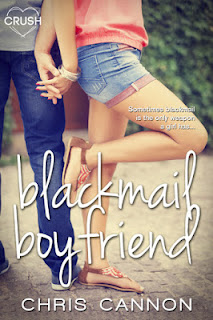 Sometimes, blackmail is the only weapon a girl has…

Haley Patterson has had a crush on golden boy Bryce Colton for ages. But when she hears a rumor that he hooked up with her she gives him a choice: be her boyfriend for a month to show other guys that she's dateable—despite her overprotective and very intimidating brothers—or deal with the angry, cage-fighting boyfriend of the girl he actually did hook up with.

Bryce didn't know the other Haley even had a boyfriend. He was just trying to get his ex off his back. And now, not only is he being blackmailed, he's being blackmailed by an honor student. His new "girlfriend" has two three-legged dogs, her father mows grass at the country club, and she's…well, difficult. And different. 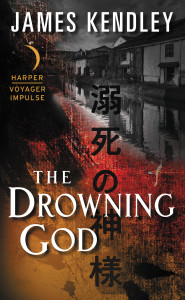 To uncover modern Japan's darkest, deadliest secret, one man must face a living nightmare from his childhood...

Few villagers are happy when Detective Tohru Takuda returns to his hometown to investigate a string of suspicious disappearances. Even the local police chief tries to shut him out of the case. For behind the conspiracy lurks a monstrous living relic of Japan's pagan prehistory: the Kappa. Protected long ago by a horrible pact with local farmers—and now by coldly calculating corporate interests—the Kappa drains the valley's lifeblood, one villager at a time.

As the body count rises, Takuda must try to end the Drowning God's centuries-long reign of terror, and failure means death…or worse.
Posted by Louisa @ Words I Write Crazy at 6:00 AM