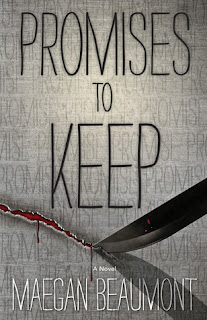 From Goodreads:
For three years, Michael O'Shea has been forced to act as a personal assassin for Livingston Shaw, the cold-blooded puppet master who controls the remote bioweapon implanted in Michael's back. When Shaw offers to release him if he can recover a kidnapped child, Michael works with every ounce of his being to put the pieces together before all the witnesses are murdered.

Meanwhile, police Inspector Sabrina Vaughn--the woman Michael passionately loves but has been kept from seeing--discovers the body of a little boy that bears a striking resemblance to the missing child. Against all his instincts, Michael must draw Sabrina into his life as one of the world's most notorious assassins if he's to overcome the legacy of his bloodthirsty past.

My Review:
It was so great to read this book! I enjoyed it so much, just like the previous books in the series, but more, because the series is growing, and that was just fantastic! So enjoyable to read-even the hard parts were great, because they moved things to where they got!

This book added so much to this world. There were so many twists and turns-besides the fact that this book focuses on Michael and Livingston Shaw, and that whole situation. So freaking amazing to read, there was just so much going on, it was so great!

There have been times of maybe there, maybe not paranormal elements, and this book continued that,  like the mention of the body of the child (which was pretty awful!) because sure, there are plenty of normal reasons, but there could've been something paranormal about it without reading it, and I embraced what happened in the book!

And seeing what this book was about, well, we also got developments in Sabrina and Michael's relationship, which has been hampered by the whole bio weapon in his back. So that was really fantastic to read about!

I just really, really enjoyed this book so much! Great book, part of a great series! Loved it! 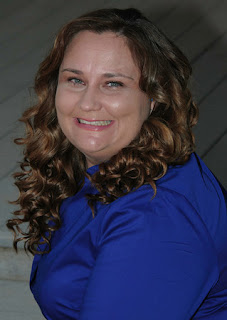 Bio:
Maegan Beaumont is the author of CARVED IN DARKNESS, the first book in the Sabrina Vaughn thriller series (Available through Midnight Ink, spring 2013). A native Phoenician, Maegan’s stories are meant to make you wonder what the guy standing in front of you in the Starbucks line has locked in his basement, and feel a strong desire to sleep with the light on. When she isn’t busy fulfilling her duties as Domestic Goddess for her high school sweetheart turned husband, Joe, and their four children, she is locked in her office with her computer, her coffee pot and her Rhodesian Ridgeback, and one true love, Jade.


She also writes a blog dedicated to helping writers with plot woes and answering writing questions. Check her out – maeganbeaumont.blogspot.com