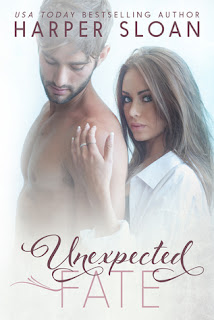 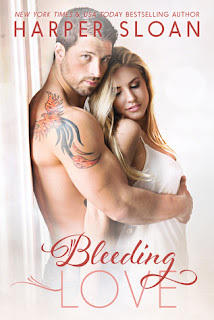 From Goodreads:
Have you ever felt like you were living your life for a future that was predetermined? Like there was some bigger picture you just prayed you would someday see clearly? That picture has been crystal clear to me since I was old enough to recognize it for just what it was.

Or I should say recognize him for who he was.

My name is Danielle Reid, and it's time for me to get my man.

Our future is an unexpected fate, and no matter what our parents, siblings, and friends say…it's going to be worth every second of the fight to make it happen.

From Goodreads:
I've loved once. I gave everything that I had to that love. Blindly believing that nothing could ever take that feeling away from me. Away from us. And when my little world of happiness was ripped from my fingers, I felt a loss that still haunts me to this day.

Now I use that lingering grief as a shield to keep my heart from loving again. It's that fear that keeps me from letting anyone, except my daughter, get close enough to make it hurt. To make my heart bleed when I inevitably lose again.

Until the day I met Liam Beckett and everything I thought I had protected myself from was shoved back in my face.

My Review:
Oh, these books! I loved the Corps Security series, and to have this spin off series about their kids? Just awesome, and since we saw a few of them being born during the previous series, watching their adult lives is pretty darned awesome!

These characters, they go through a lot. From having a love that didn't notice, and didn't return the feelings, to loving a husband who wasn't the father of her child, yeah, there's some real stories in these characters that I wanted to know!

We were teased about Dani and Cohen's relationship in Locke, there was a epilogue with Cohen's POV, so I was really excited to read Unexpected Fate. And it was just as good as the previous series, a lot of awesome, hot romance, and real character development and bonding!

I think some of the best parts of both of these books, were Axel, both his fatherly protection of Dani (the growling, so hilarious! And the first aid kit for a training wheel bike, how he reacted at her senior prom!) and how he was with Molly-dressing up in what for him was drag! So cute!

Bleeding love, I wasn't expecting to read it. Because I didn't know that it existed! And once I did, I just had to read it! And I just enjoyed it so much, it was so great, and it was emotional and heart wrenching, and I just loved watching Liam bringing Megan back to life, to get her to feel again!

Yeah, just really awesome to read these books, and now I can't wait for the other spin off series, and more books in this series!