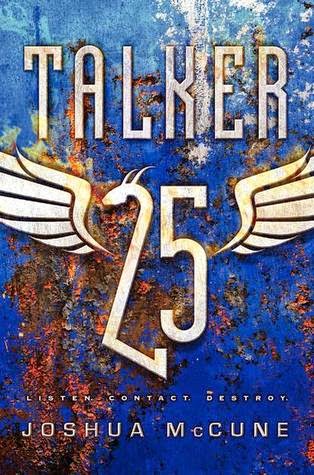 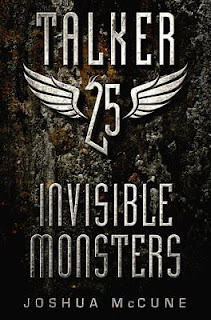 It's a high school prank gone horribly wrong-sneaking onto the rez to pose next to a sleeping dragon-and now senior Melissa Callahan has become an unsuspecting pawn in a war between Man and Monster, between family and friends and the dragons she has despised her whole life.

Chilling, epic, and wholly original, this debut novel imagines a North America where dragons are kept on reservations, where strict blackout rules are obeyed no matter the cost, where the highly weaponized military operates in chilling secret, and where a gruesome television show called Kissing Dragons unites the population. Joshua McCune's debut novel offers action, adventure, fantasy, and a reimagining of popular dragon lore.

From Goodreads:
Finally free after spending three months locked in a secret government facility where she was forced to torture and assassinate dragons for the popular television series Kissing Dragons, all Melissa Callahan wants is a quiet recovery. Hiding in an Alaskan cave with fellow escapee Allie (known as Talker 21), Melissa does her best to stay out of the dragon politics.

However, when a group of rebels called the Diocletians discovers their hideout and captures Allie, Melissa soon realizes she must finally choose who she's fighting for—the humans or the dragons. Joshua McCune once again keeps readers on the edge of their seats in this gritty and masterful reimagining of popular dragon fantasy set in a militant future, reminiscent of Paolo Bacigalupi's Ship Breaker and Ann Aguirre's Outpost.

My Review:
I didn't know going into reading Talker 25 how much I would enjoy the both of these books! I had been putting it off, because I'd only barely read the synopsis, and as a fail as a reader, I'd judged the book by the cover. But the first book was just so freaking good, that I had to read the both of them! I just have so many thoughts about these books that it's hard to type them all down!

The world in these books, oh, wow. There was a lot of unfairness, from the picture that was edited to make her look like a terrorist, to how they killed the baby dragons, because they thought that the dragons couldn't have babies, and now they were, so they were scared. Horrible! Oh, and the way the show was, well, shows, with the lies

There was a lot of pain in these books, a lot of loss, of lies. But there were also some good things, like the dragons. They were prickly, some of them, and they had their own distinct voices, and were just so awesome to read about!

I really enjoyed the titles, that Talker 25 was what the military called her, and then Invisible Monsters was what the dragons called the military. Which hopefully means that the 3rd book's title has something to do with what dragons are called or something! That'd be pretty great!

There are two mysteries for me, that are hopefully solved in the next book (or explained further because I might've missed some details that really explained them) and those are, where did the dragons come from? And why are their memories missing? Then the other, is why James joined and stayed with the Diocletians. Is he undercover? Or does he truly want to be a part of their group? So confused!

There's so many reasons that I want to read the 3rd book, from these two being so great, to me wanting to have some peace between dragons and people. Yep. Really want that third book!