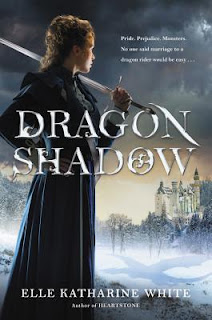 From Goodreads:
The author of Heartstone once again infuses elements of Jane Austen’s beloved novel with her own brand of magic in this addictive fantasy that brings back sparring lovers Aliza and Alastair: fierce warriors who match wits, charm, and swords as they fight an epic war to save their world.

And they are not alone on this treacherous journey. Shadowing the dragonriders is an ancient evil, a harbinger of a dark danger of which the Worm was only a foretaste. And soon Aliza realizes the terrible truth: the real war is only beginning.

Why the time hasn't come yet...
It doesn't come out till November, but I'm so freaking excited for this book! And while I was making the post for this, I found this cover! Yeah! Can't wait for this book! What about you guys? Happy reading!
Posted by Louisa @ Words I Write Crazy at 6:00 AM