Week 26 Reviews:
Now You She Her
Moonshadow
Spellbinder
Dark Sentinel
Iron and Magic
Double Blind
A Good Debutante's Guide to Ruin
An Heiress for All Seasons
All the Ways to Ruin a Rogue
Vendetta
The Darkest Warrior

OK, so I got 24 posts in 7 days, which was a pretty awesome week, lots of awesome books and a nice week! What about you guys? Happy reading!

So this week I want to read Ash and Quill, Smoke and Iron, A Discovery of Witches, Shadow of Night, The Book of Life, The Disasters, Heart of Iron, This Splintered Silence. 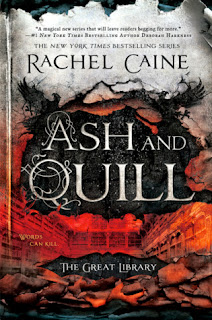 Hoarding all the knowledge of the world, the Great Library jealousy guards its secrets. But now a group of rebels poses a dangerous threat to its tyranny....

Jess Brightwell and his band of exiles have fled London, only to find themselves imprisoned in Philadelphia, a city led by those who would rather burn books than submit. But Jess and his friends have a bargaining chip: the knowledge to build a machine that will break the Library's rule.

Their time is running out. To survive, they'll have to choose to live or die as one, to take the fight to their enemies—and to save the very soul of the Great Library.... 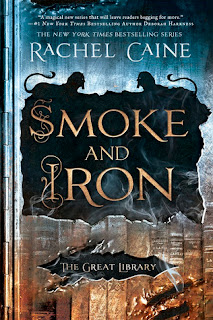 To save the Great Library, the unforgettable characters from Ink and Bone, Paper and Fire, and Ash and Quill put themselves in danger in the next thrilling adventure in the New York Times bestselling series.

The opening moves of a deadly game have begun. Jess Brightwell has put himself in direct peril, with only his wits and skill to aid him in a game of cat and mouse with the Archivist Magister of the Great Library. With the world catching fire, and words printed on paper the spark that lights rebellion, it falls to smugglers, thieves, and scholars to save a library thousands of years in the making…if they can stay alive long enough to outwit their enemies. 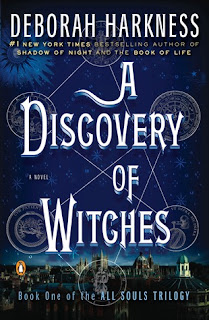 A richly inventive novel about a centuries-old vampire, a spellbound witch, and the mysterious manuscript that draws them together. 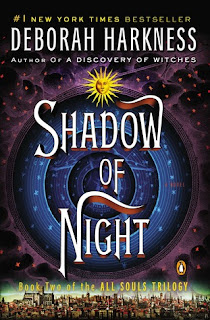 The #1 New York Times–bestselling sequel to A Discovery of Witches, book two of the All Souls Trilogy—"as enchanting, engrossing, and impossible to put down as its predecessor" (Miami Herald)


Picking up from A Discovery of Witches' cliffhanger ending, Shadow of Night takes Diana and Matthew on a trip through time to Elizabethan London, where they are plunged into a world of spies, magic, and a coterie of Matthew's old friends, the School of Night. As the search for Ashmole 782 deepens and Diana seeks out a witch to tutor her in magic, the net of Matthew’s past tightens around them, and they embark on a very different—and vastly more dangerous—journey. 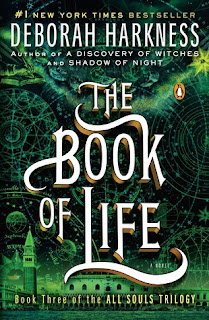 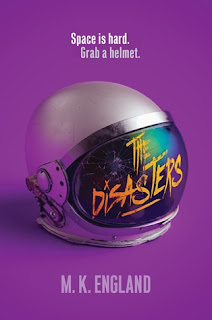 The Breakfast Club meets Guardians of the Galaxy in this YA sci-fi adventure by debut author M. K. England.

Hotshot pilot Nax Hall has a history of making poor life choices. So it's not exactly a surprise when he's kicked out of the elite Ellis Station Academy in less than twenty-four hours. But Nax's one-way trip back to Earth is cut short when a terrorist group attacks the Academy.

Nax and three other washouts escape—barely—but they're also the sole witnesses to the biggest crime in the history of space colonization. And the perfect scapegoats.

On the run, Nax and his fellow failures plan to pull off a dangerous heist to spread the truth. Because they may not be "Academy material," and they may not even get along, but they're the only ones left to step up and fight. 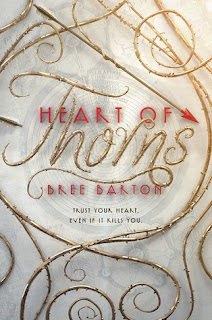 In the ancient river kingdom, touch is a battlefield, bodies the instruments of war. Seventeen-year-old Mia Rose has pledged her life to hunting Gwyrach: women who can manipulate flesh, bones, breath, and blood.

Not women. Demons. The same demons who killed her mother without a single scratch.

But when Mia's father suddenly announces her marriage to the prince, she is forced to trade in her knives and trousers for a sumptuous silk gown. Only after the wedding goes disastrously wrong does she discover she has dark, forbidden magic—the very magic she has sworn to destroy. 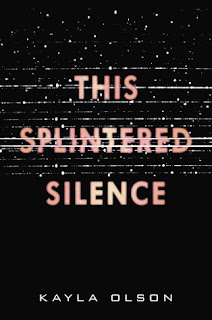 Lindley Hamilton has been the leader of the space station Lusca since every first-generation crew member on board, including her mother, the commander, were killed by a deadly virus.

Lindley always assumed she'd captain the Lusca one day, but she never thought that day would come so soon. And she never thought it would be like this—struggling to survive every day, learning how to keep the Lusca running, figuring out how to communicate with Earth, making sure they don't run out of food.

When a member of the surviving second generation dies from symptoms that look just like the deadly virus, though, Lindley feels her world shrinking even smaller. The disease was supposed to be over; the second generation was supposed to be immune. But as more people die, Lindley must face the terrifying reality that either the virus has mutated or something worse is happening: one of their own is a killer.
Posted by Louisa @ Words I Write Crazy at 6:00 AM