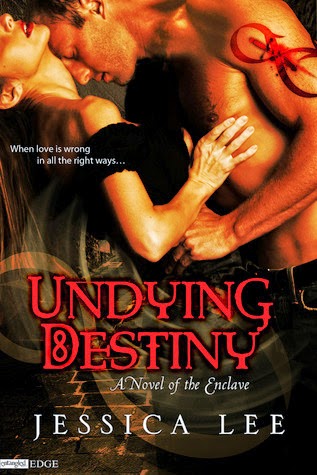 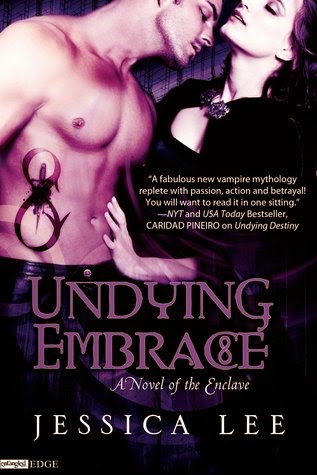 From Goodreads:
Kenric St. James is out for revenge. Over 300 years ago, an ancient female vampire turned him against his will and killed the woman he loved. He’s spent more than a century building an Enclave of warrior vampires who have sworn to defend humanity against his evil sire and her minions. But when Kenric finds a woman he finally burns to claim as his own again, Kenric knows loving her means giving his sire another target.

Emily Ross just wanted a fresh start. She’s a survivor, coming off the tail end of an abusive relationship, and craves time alone to learn who she is and to save the home that holds her heart. The last thing she needed was a controlling, alpha male calling all the shots.


Meeting Kenric might just have changed her mind, though. He is wrong for her in all the right ways. But in order to keep her heart from breaking, he first has to keep the hoards of evil vamps from stealing her very breath.

From Goodreads:
Arran MacLain is a vampire on a suicide mission, driven to kill his former partner who betrayed him and the Enclave they served. But two things stand in his way: Gabrielle, the human female who holds his heart, and the past that won’t let him go. If only death was enough to cleanse his soul.

Gabrielle Steven’s sister is missing. Her hunt for clues brings her face to face with the one vampire she can’t forget. Their missions combine and thrust them into the heart of evil. Will their passion be enough to overcome the pain from their past, or will their dark desires destroy them both?

My Review:
I found I enjoyed these 2 books a bit better the Undying Desire, mostly because A) they explained things better, and B) the big bad of these 2 died in Embrace, because it's Marguerite, and that was Eve's mom. So yeah, I found these 2 books to be a bit better, but I can't wait to read more of this series, because there's still some HEA's to happen!!!

The almost betrayal that Emily did, with the extra vial of Kenric's blood, and then the reactions to it, well, it felt like it either should've been way bigger, or that it basically shouldn't have happened, because as it was, it felt kinda meh. Because it was a basic, I forgive you, thing, and in the end, not worth the effort of creating it, if the reaction wasn't big enough. But that's just my thoughts.

These were 2 couples, that were meant to be. They fit well together, and they, after they worked out some issues, worked well together. Then adding in he who betrayed them, I think that he, and Elle's sister, might be the next couple, in book #4, because they did have that connection, or at least, he felt it, and they would definitely have some issues, after all that he was the one that turned her into a vampire and all. And I know I'd enjoy that!

I really liked these books, they were really, really good, and I hope that the series has more books!!!