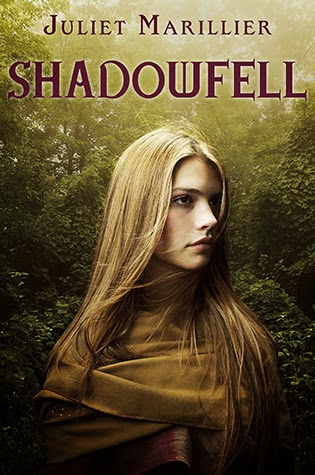 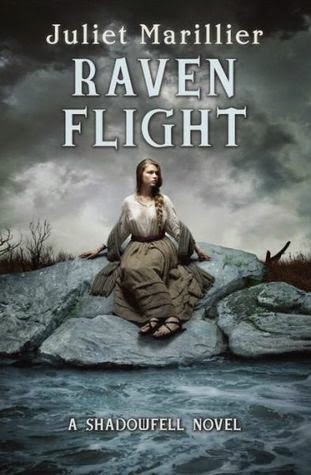 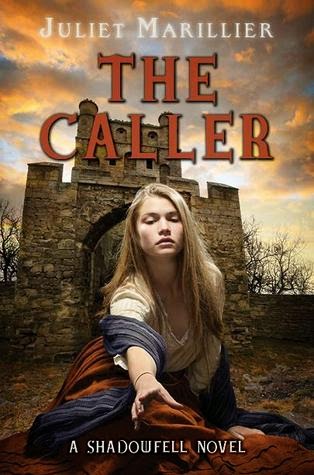 From Goodreads:
Sixteen-year-old Neryn is alone in the land of Alban, where the oppressive king has ordered anyone with magical strengths captured and brought before him. Eager to hide her own canny skill—a uniquely powerful ability to communicate with the fairy-like Good Folk—Neryn sets out for the legendary Shadowfell, a home and training ground for a secret rebel group determined to overthrow the evil King Keldec.

During her dangerous journey, she receives aid from the Good Folk, who tell her she must pass a series of tests in order to recognize her full potential. She also finds help from a handsome young man, Flint, who rescues her from certain death—but whose motives in doing so remain unclear. Neryn struggles to trust her only allies. They both hint that she alone may be the key to Alban’s release from Keldec’s rule.

Homeless, unsure of who to trust, and trapped in an empire determined to crush her, Neryn must make it to Shadowfell not only to save herself, but to save Alban.

From Goodreads:
Neryn has finally found the rebel group at Shadowfell, and now her task is to seek out the elusive Guardians, vital to her training as a Caller. These four powerful beings have been increasingly at odds with human kind, and Neryn must prove her worth to them. She desperately needs their help to use her gift without compromising herself or the cause of overthrowing the evil King Keldec.

Neryn must journey with the tough and steadfast Tali, who looks on Neryn's love for the double agent Flint as a needless vulnerability. And perhaps it is. What Flint learns from the king will change the battlefield entirely—but in whose favor, no one knows.

From Goodreads:
In the final book in this gripping, romantic fantasy trilogy perfect for fans of Robin McKinley, Kristin Cashore, and Shannon Hale, Neryn's band of rebels reach their climactic confrontation with the king. The stunning conclusion to the story that began with Shadowfell and Raven Flight is full of romance, intrigue, magic, and adventure.

Just one year ago, Neryn had nothing but a canny skill she barely understood and a faint dream that the legendary rebel base of Shadowfell might be real. Now she is the rebels' secret weapon, and their greatest hope for survival, in the fast-approaching ambush of King Keldec at Summerfort.

The fate of Alban itself is in her hands. But to be ready for the bloody battle that lies ahead, Neryn must first seek out two more fey Guardians to receive their tutelage. Meanwhile, her beloved, Flint, has been pushed to his breaking point as a spy in the king’s court—and is arousing suspicion in all the wrong quarters.


At stake lies freedom for the people of Alban, a life free from hiding for the Good Folk—and a chance for Flint and Neryn to finally be together.

And here it is-I think that it was more the Queen who was the bad guy. She was the one that wanted things to be bloody, and when the King asked for her opinion, she picked the most ruthless, horrible option up on the table. Flint muses that if the King'd married someone else, that the realm might have been a different place. So my feels are, that the King was more of a puppet to the Queen. And it really seemed that way, after they lost power!

Anyway, back to the books! I had forgotten that Hollow was fine, so yeah, when they went there, and he was gone, I panicked for a little bit, but then he was there, so things were good! And yeah, it find it a bit funny, that Neryn travels the same distance, or a bit more, in Raven Flight then in Shadowfell, not sick, and with Tali, in a short time then she did in Shadowfell!

I loved reading about her mastering her power, that it's a conduit for the natural power of the elements, and her journey from one Guardian to another, and yeah, having them all together, in the end (even though she didn't really learn from the Master of Shadows, just used the shadow trick favour for an advantage in the battle!) it was pretty awesome!

One question I have-in the end, when Neryn and Flint are going off with the Hag, and saying goodbye, and Red Cap is there, with the baby from the beginning, out of the sling, and another baby there-a few questions. His own kid, or someone else's? And if his, who's the mom, or is something like the White Lady?

The song for the end of Raven Flight, and for all of The Caller, is Shower by Becky J. Yeah, I just started lisening to it, and just kept repeating it and repeating it, it was catchy, and the love story in it, I could apply elements of it to Neryn and Flint's story to it!

Favourite lines from Shadowfell: "I have no designs on your person, believe me." and "My existence holds sufficient complications without adding that particular one." I love the tone the words seem to be said in! So dry, which I just love! "If it helps, imagine me as one of those dogs that follow you about even when you curse and shout at them." Love this image! "I was attempting to guess how many days we've been here by the length of your hair." That would be a bit hard, if you don't know how often he a) shaves/cuts it b) how long it grows each day and c) how long it was on the first day! "That a man like Flint-Flint-could speak tender worlds and blush like a boy filled me with a treacherous warmth." I love that he blushes like a boy! "You're king is a patient man, Do not stretch that patience too thin. On behalf of Keldec, King of Alban. Owen, come home, curse you! I need you here." I love this, how the writer of the majority of the note is more king like then the king! And just the differences between the words written, and then the next ones that are actually written by the king! "Regan won't thank me for taking out a living, breathing girl and bringing back an icicle." That is just so perfect!

Favourite lines from Raven Flight: "Have I been gone so long that you've forgotten me, Rohan?" Tee hee! "Tali as a sentry? Give her a day or tow and she'd be running the whole army." I can totally see that! "Ask a Northie a question, and you'll wait for a year for an answer. Ask two Northies a question and you'll wait two years while they talk it over. Ask three Northies and they'll still be arguing when they're dead and in the grave." Even if it was a simple "Where's the bathroom?" question? This is so much fun! "I brought a candle. The rain extinguished it for me; as a symbol of new light it was short-lived." Yeah, love the bit of light self mocking is in that statement! "'Before he lay down here, he ordered us not tae wake him.' 'Doesn't that mean-?' 'He didna give you any orders.'" This is very true! Great line! "Stormin'? Lads, were we doin' any stormin'?" Well, they wouldn't admit it, but you didn't knock, which isn't very nice!

Favourite lines from The Caller: "All the more convincing. We're newlyweds." Yep. *giggles* even if they're just pretending to be so! "Hollow appeared to be enjoying himself mightily, picking up king's men as if they were dolls, wringing their necks and tossing them away over his shoulders. A chours of screams followed him around the field." Not really funny, but the image it creates! "'Come,' said my self-styled grandfather." Oh, if that was true! That would involve a lot of games, then! "He fell silent as Constant's large hand came casually around his neck." Yeah, anybody smaller and not fey would! "One man said you were like a candle burning in the dark; another that you were a bright flower growing in a place of shadows. Not the kind of words one expects from Enforcers." Nope, not really! "Don't tell me I can't bring Flint this time. Because if you do, I'm not coming." I find this really funny, a call back to when Neryn first got into the Hag's boat! "Flint scraped his boots against the step; I slipped off my shawl. He opened the door and the two of us went in. for now, we were home." That is just a wonderful ending!

Yeah, this was a fantastic trilogy, I loved reading it all together, it was just so fantastic, and yeah, I hope that Juliet Marillier writes another YA Book (series!)