Week 33 Reviews:
Infinite Repeat
The Art of Lainey
New Music
Eat, Brains, Love
Undead With Benefits
A Perfect Darkness
Out of the Darkness
Touching Darkness
Long May She Reign
Betrayals
Bitten by Cupid
Born to Bite
Hungry for You
The Telling
Starling


So this week I want to read Day Zero, Arcana Rising, Avenged, The Flame Never Dies. 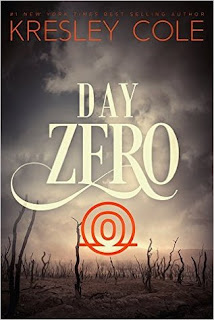 Arcana means secrets, and these Arcana Chronicles short stories from #1 New York Times bestselling author Kresley Cole are filled with them. Experience firsthand the beginning of the end and behold the apocalypse through the eyes of characters you only thought you knew.

Ashes to ashes . . .
Evie Greene’s story of the Flash is just one of many. All over the world, those connected in some way to the lethal Arcana game—like Death, Jack, and Fortune—must first survive a horrifying night of blood and screams.

We all fall down.
Some will have to grapple with new powers; all will be damned to a hellish new existence of plague, brutality, desolation, and cannibalism. Find out who they lost, why they endure, and what they sacrificed in order to live past Day Zero. . . 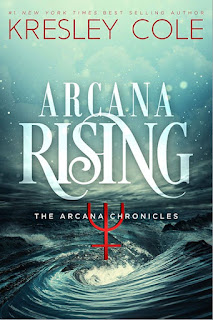 When the battle is done . . .
The Emperor unleashes hell and annihilates an army, jeopardizing the future of mankind--but Circe strikes back. The epic clash between them devastates the Arcana world and nearly kills Evie, separating her from her allies.

Vengeance becomes everything.
To take on Richter, Evie must reunite with Death and mend their broken bond. But as she learns more about her role in the future--and her chilling past--will she become a monster like the Emperor? Or can Evie and her allies rise up from Richter's ashes, stronger than ever before? 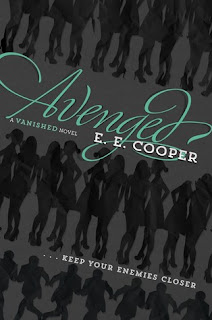 Avenged is the conclusion to the Vanished duology, an absorbing, psychological suspense story about friendship, deception, jealousy, and love, perfect for fans of the Pretty Little Liars series and We Were Liars.

Everyone believes Beth’s death was an accident, except for Kalah. The girl she loved was stolen from her, and now Kalah’s broken heart wants revenge. In order to crack Brit’s perfect alibi, Kalah pretends to be Brit’s best friend—with the sole mission to destroy her.

Kalah knows that playing Brit’s game is deadly. One wrong move could cost someone her life, including her own…but the more lies Kalah tells, the closer she is to the twisted truth. 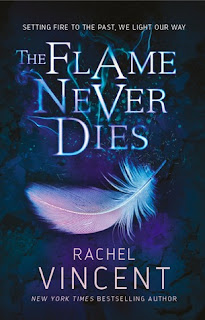 In the badlands, Nina, Mellie, and Finn, the fugitive and rogue exorcist who saved her life, find allies in a group of freedom fighters. They also face a new threat: Pandemonia, a city full of demons. But this fresh new hell is the least of Nina’s worries. The well of souls ran dry more than a century ago, drained by the demons secretly living among humans, and without a donor soul, Mellie’s child will die within hours of its birth.

Nina isn’t about to let that happen . . . even if it means she has to make the ultimate sacrifice.
Posted by Louisa @ Words I Write Crazy at 6:00 AM