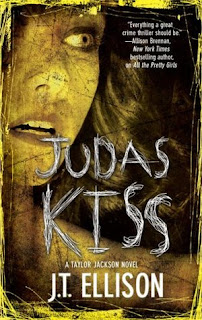 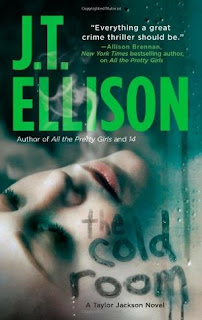 From Goodreads:
It was a murder made for TV: a trail of tiny bloody footprints. An innocent toddler playing beside her mother's bludgeoned body. Pretty young Corinne Wolff, seven months pregnant, brutally murdered in her own home.

The shock is magnified when an old adversary uses the sexy secret footage to implicate Taylor in a murder—an accusation that threatens her career, her reputation and her relationship.

Both cases hinge on the evidence—real or manufactured—of crimes that go beyond passion, into the realm of obsessive vengeance and shocking betrayal. Just what the networks love.

My first reveiw of The Cold Room
My Review:
I loved reading these books again! It's been so long since the first time, and yeah, I'd forgotten most of what happened in them. Of course, I remembered bits and pieces, but that's nothing compared to having the whole thing together!

Both of these books deal with some pretty nasty subjects-the killing of a pregnant woman and teenage sex rings and exploitation, and having sex with dead bodies. Not pleasant, and The Cold Room was creepier. Yeah.

After the events of 14, The Pretender is out there, and they haven't married quite yet. And their relationship takes some hits, especially in The Cold Room with Memphis and his flirting. Which was really uncool of him!

Loved how things wrapped up in the cases, even if they weren't the best, having the suspect die in front of you, and not being able to charge them without knowing which twin was which. But the demotion bit, yeah, that was hard to read! She was just awful!

Loved reading these books, they were just so fantastic, and I can't wait to read more of this series!